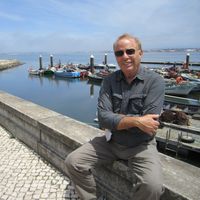 I am an experienced traveler, Spain, Portugal, France, Budapest, Germany, Austria and Amsterdam in Europe.
Jamaica, Mexico, and soon Costa Rico(February).
I am Single, my lovely Bride of forty-four Years passed pre-maturely, I have since taken on small gigs to fund my travels e.g. Tax Preparation and Tax &amp; Legal problems and Meat Cutting a few days per week.
I have a home on 6 3/4 acres in Sonora, CA in the crosshairs of Yosemite National Park. I have been a Triathlete (Swim, Bike and Kayak) I am vigilant and compassionate about life.

I have been working three days per week in San Rafael and need two nights only lodging, i.e. Monday night and Tuesday night.

Made the decision to vacate a windowless hut in SouthEast Asia for personal reasons of vigilance, my 16 other comrades followed, The hut was mortared shortly thereafter. It was during the monsoon season. We were all spared to go on after the military and start and raise families for which woul;d not have been possible had we remained in the shelter.

I have taught Meat Cutting and Survival Skills.
I was a Culinary Arts Instructor.
I learned to aid the poor, disenfranchised , and indigent in their plight for justice.
I share my experiences and my home freely without personal gain.

The ability to become a very engaged and considerate as well as passionate individual of couple.