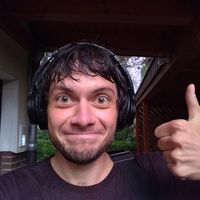 PSA: I can only accept people on 3G basis right now (vaccinated, recovered or tested). Hope you can see why.

Hello lovely people of Couchsurfing :) I'm a neuroscience PhD student working with grasshoppers and such. I used to have a Couchsurfing profile and hosted multiple people at my place, but then very foolishly deleted it one day. Now I'm trying to get back into it, so don't hesitate to send me a request :)

Because I've had very nice experiences with people I met over friends who were using Couchsurfing and I'd like to get to know more of you! Also, hosting people feels like I'm doing some good in the world, even if very very small. It's a shame people have to spend a shit ton of money to stay at a town even for one night and they don't get to meet any of the locals either. You can help fix that :)

Films: I try to get a taste of everything I find. A bit of sci-fi, some New French Extremity, cinema from a bunch of different countries (Iran, Argentina, Korea, Japan, Turkey), a load of arthouse stuff... Some favourites include Sarmaşık, Corpus Christi, Mononoke hime, and Das Boot.

Books: Lately very into children's books, especially ones with nice and big illustrations. Other than that, quite some sci-fi and fantasy, as well as a wild mix of modern classics from around the world. To top it off with some non-fiction, a dash of political science and history.

Work at a field research station in Madagascar in the middle of the forest, where you'd see mouse lemurs and fossas on the way to the toilet.

Really weird stories from different wildlife stations I worked at, some Turkish recipes from my grandma, truly mediocre guitar skills and an easy-to-excite conversation partner :)