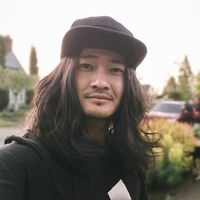 Couchsurfing have had major influences on my life. The nomadic and giving community is what I appreciate the most about it.

I started using it as an alternative means to travel when I was still in college. Over the years, I've met amazing people who have brought me around the globe and back.

Now, I organize locally to help other travelers visiting Portland make the most out of their visit here.

I started using Couchsurfing through the recommendation of a friend on my return to the states from having spent a year studying abroad in Europe. My first official couchsurfing experience was with Myriam, a then ambassador for Paris, France. She left a profound impact on me, and although she is no longer active on CS, I hold her dearly in my heart.

Prior to being introduced to CS, I have already been hosting friends from the states as they were visiting Spain. I have hosted friends and friends of friends from Sheffield, Salzberg, Segovia, and many others from the states. It was an amazing experience to meet people from all over then, as it is today still. It is a good reminder for me to share the world, your world, with others.

I worked in labour, marketing, photography, healthcare, etc. and can discuss many aspects about it with you if any of it interests you.

I love pondering about theoretical physics.

Humanities, philosophy, nature and the simpler things in life are what I ponder about the most these days.

Books:
The Fabric of the Cosmos by Brian Greene

I helped organize a houseless advocacy group called Free Hot Soup (searchable on Facebook under that name). It's an ad-hoc, grassroots, community run and operated group. It is simply a collective of autonomous individuals who choose to come together for the same cause of aiding those who need some extra support. The primary goal is to address food and housing insecurity for the underserved community of Portland. We aim to serve people who are immediately affected by these multifaceted issues. We do our best to establish good rapport with people surviving outside on the streets. There's no true "establishment," no office, no desk, no leaders, no rules -- only common courtesy. The group strive to serve the houseless community in Portland as much as we can. Lately it is 5 days a week in the evening from 6pm until we run out of food. Ever since the start of this adhoc group in December of 2013, it have since reached other cities and nearby towns in the Pacific Northwest region. There is now a Free Hot Soup group in Vancouver and Centralia, Washington, and Kansas City, Missouri. This is the most humbling experience that I have ever partake in my life.

I can teach you photography, share my knowledge on the evolution of languages, civilization, and biology and discuss about the prospect for our global survival.

My life experiences. My culture. My humility.