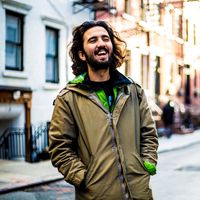 CURRENT MISSION Explore the planet, help save the environment from ourselves, improve social justice, further animal liberation, all of that stuff that will benefit us all and lead us to the peaceful and merry world we all want and know can be created deep down in our hearts. Additionally, my other great mission is to make 7 billion human friends, to leave every place I visit happier than it was, and to laugh a lot on the way! (:

ABOUT ME I've had a very unique life so it's often difficult for psychotherapists to diagnose me properly, it is always an hour-long explanation. I'll try keep it short (and fail). I was born on April 11th, 1995 in New York City. I lived in NYC, Honduras, Spain, México, and the Netherlands (all of this before I turned 18). I have a Lebanese mother, Uruguayan father, Spanish sister, and two Dutch host-families. I mostly grew up in the beautiful Hotel MedioMundo in Mérida, México. It was my family’s business and home. One day I felt like I'd had enough of México (which is difficult to accomplish) and did everything I could to go on a year-long AFS Intercultural Exchange program to the Netherlands and I had more fun than anyone deserves to have, plus I learned Dutch and saw it all in the process. I came back to México for a year to finish school and I ended up opening my own little vegan restaurant which instantly skyrocketed to become one of the most popular food establishments in my city :) I moved back to my small rural town of New York City in 2014 and have been living (though mainly working) in Manhattan &amp; Brooklyn at various restaurants and as a walking tour-guide, I love working as a tour-guide and I do donation-based nyc walking tours. I am vegan (not that I always was one, I was obese at 10 years old and a healthy vegan by 18, feel free to ask me about it) and still own/manage a international concept vegan restaurant in México I started when I was 18 years old. I love making obscenely delicious, healthy, compassionate meals. I also try do lots of activism in regard to human rights, animal rights, and environmentalism. We kind of need that all to have a pleasant and wholesome existence among ourselves. I love travel, music, art, politics, changing lives (for the better), football (the one they actually play with feet), talking to people (growing up in a hotel you get to talk to people from all over the world when they are happiest, while on vacation at a nice hotel near the Caribbean! so it became a passion), cooking, making people laugh with absurd jokes. I love too many things honestly, I find everything fascinating to a certain extent because I've realized anything you learn will make you wiser in every other aspect of life and help you make the most of any opportunity you might come across. PHILOSOPHY Leave things better than they were before. Become someone you’d be excited to meet. Laugh all the time, except at certain funerals.

HOW I PARTICIPATE IN COUCHSURFING While in NYC, I occasionally host people at my badass activist house in Bushwick, but it's definitely way more relaxed than you're imagining it. I also organize and perform tours of different areas of the city for couchsurfers (of course for free, keep CS money free!) every once in a while and meet-up with tons of them because I work pretty short hours compared to my fellow New Yorkers. COUCHSURFING EXPERIENCE Surfed everywhere in Europe, Latin America and Southeast Asia, and I made really good friends with some of the most wonderful souls I have come across in my life. I am quick at making friends with anyone and I'm really low-maintenance but these couchsurfy people are always so special. I also have been to gazillions of the events all over the world and often meet up with CSers visiting wherever I am.

Too many to list, let's leave something to talk about, I will though mention that my tastes are usually musically independent and in regard to books and movies, non-fiction.

I make music too! Here’s my Spotify: https://open.spotify.com/artist/2GMvssokWQlr7xpKhdyCwA?si=qefjd0zOQTSBHnzLgX6E0Q

Grew up living in an awesome hotel in Mexico. Learned to play piano, saxophone, ukulele, cavaquinho, agogo, darbuka, and pandeiro at a "that was actually mildly entertaining!" level. Went vegan after living on a solar-powered, free-range, grass-fed, organic Dutch dairy farm (learned they’re all bullshit marketing terms for a horrible industry) and started my city's first vegan restaurant in Mexico at 18 years old (which quickly became the #1 best ranked restaurant on tripadvisor out of + 900 restaurants in my city. If I find time, I'd gladly cook for you! Just point at some country on a map and I’ll cook something vegan from the region. Experienced a one year intercultural exchange to the Netherlands (2012-2013), damn best year of my life, if you can, make sure anyone around 16-18 years old hears about AFS and tell them I whole-heartedly reccomend them, it’s life-changing. Participated in a nieuwjaarsduik in Scheveningen, the Netherlands. I'm one of the orange hats on the video. https://www.youtube.com/watch?v=iP6DcVy0z8c Moved to NYC on my own with $650 and saved enough working at least 6 days a week for a year in order to embark on an 18 country couchsurfing world trip and still made it under budget! The route: [NEW YORK - HOLLAND - FINLAND - SWEDEN - NORWAY - CZECH REPUBLIC - AUSTRIA - GERMANY - DENMARK - BELGIUM - HOLLAND AGAIN - THAILAND - CAMBODIA - THAILAND AGAIN - VIETNAM - THAILAND AGAIN VIETNAM AGAIN - LAOS - THAILAND AGAIN - SINGAPORE - PHILIPPINES - SINGAPORE AGAIN - THAILAND AGAIN - NORWAY AGAIN - LATVIA - LITHUANIA - NORWAY AGAIN - NEW YORK] Motorbiked through extremely scenic views in the north of Thailand (Mae Hong Son Loop) and Vietnam (Dong Van Karst Geopark). Both are highlights of Southeast Asia for me. Learned dik vloeiend Dutch in 10 months jonguuuh. Participated in the People's Climate March in NYC, the biggest single environmental demonstration to date. Heard my favorite band 'The Whitest Boy Alive' was going to play one last concert after separating years ago, I had never seen them in person and thought it would never happen, so I went for it and got a flight to Sicily where they were playing. It was a dream come true and I would have regretted it forever had I not gone for it! Staying in Italy for a month afterwards was not bad either :) Traveled to the other end of the world and did a full-stack coding bootcamp in Kuala Lumpur for 3 months in pursuit of a career in tech. Danced in a parade group for the 2nd biggest carnival in the world in Barranquilla, Colombia! I've been to 40 or so nations before turning 25. Ok I guess I should leave some stories you can unlock by hosting/meeting me.

One day couch-surfing certainly beats being forced to sit still while being injected with useless or uninteresting biased information for several days a week. Travel is my preferred form of education. I have more in common, and more to learn, from a total stranger offering me a couch to sleep inside their home than they who are teaching me what they are forced to teach to the masses. Couchsurfing is my university. PLUS IT'S FREE!

I'm literally a tour-guide, so if I have time off, which I have very often, I'll give you a (obviously free) tour of NYC, and I'll know all of the dates, and which was George Washington's favorite taco stand.

You'll soon find out I am one of the easiest people to be with and talk with. I decided in 2012 to quit getting unnecessarily angry, worried or sad from my life, you'll notice that almost immediately.