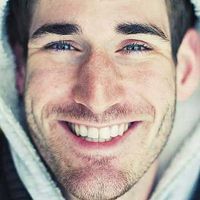 I mostly used Couchsurfing to meet people when I'm abroad. I'm not so used to be hosted, I 've much more hosted people. I hosted a lot 5 years ago, to show couchsurfers the cities where I lived....

Liked to my job I'm highly interested in astronomy but more generally physics. I like great spaces, mountain, hiking, climbing. To mix the both interests I'm in an association were we go up to the mountains with telescopes to have a purer sky and do beautiful mathematics :))

An other non negligible interest is food ! I like spending time in restaurant with friends or cooking myself, discovering new food culture...

I don't really listen music.
I like all kind of movies, but I like it better when there are meaning hidden and different degrees of lecture of the story as metaphor...
Concerning the book, I'm now reading mostly SF as Philip. K Dick, Orson Scott Card, and I'm just beginning Azimov which I discovered very lately !