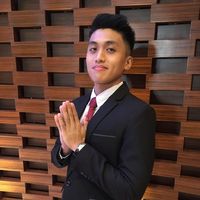 I want to meet new people and expand my view of this beautiful world and incomprehensible life that we're living.

I've been traveling for more than a year now, living in different countries, mostly farms and little villages, learning a myriad of skills, closer to nature and animals.

I can also host in Manila, Philippines. (whenever I'm home)

To travel, meet more people, accommodate guests, learn languages, share culture. I love connecting with people -- anyone. Anyone who's curious and emphatic. Anyone who views life as a never-ending adventure.

By couchsurfing, I believe we can get in touch with the city more, and it allows us to create lifelong friendships that otherwise is difficult to find. I'd also gladly host travellers, whether in Madrid or Manila.

The beauty of CS is that it connects like-minded people together, and being like-minded doesn't necessarily mean sharing the same opinions about different subjects but being open and respecting people who shares the same opinions and beliefs, but all the more to respect, be open, understand, and comprehend people who share different opinion/s or belief/s.

FILMS
Или и смотрит (come and see)
- best war film from Belarus (which is an anti war film)
Ирония судьбы - Russian new year's eve film, classic!
Andrei Tarkovski's films - aesthetics and vibe are otherworldly
Pedro Almodóvar's films - because of the plot and dialogues
French La Nouvelle Vague Films (60s / 70s) - there's something special and unique about these films, each film is a discovery of cinema and stretching the limits of what cinema is and what it can be! Dialogues are pointed, cuts are sharp, blood just spills, watch it.
Quentin Tarantino's films - entertaining, characters are so interesting
The Idiot - a Russian film portraying corruption and politics in Russia, which is eerily reminded me of the situation in the Philippines
Heneral Luna - for me, an important Filipino film, it shows the Spanish and American colonial period in the Philippines and how the Filipino self-destructed because of crab mentality.

I would love to exchange languages, to do photo walks, to share my love for street photography, to talk about anything and everything. I'm an open minded person with an unquenchable thirst for knowledge and the multitude of things I'm ignorant of.