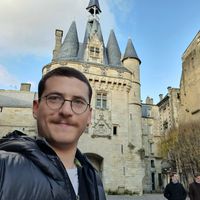 I geek out on History, Science, Art, Literature and Film.

With film I am basically obsessed with the works of the 'holy-trinity' of modern directors: Wes Anderson, Guy Ritchie and Quentin Tarantino.

I travelled to Uzbeskistan by myself last year and spent 10 days in Khiva, Samarkand, Bukhara and Tashkent. Some wild stories from that incredible country haha

I'm always open to learning and understanding the live-style and culture of a new place.

I feel as an Australian- even though I come from a highly multicultural society- I am somewhat lacking in the diversity and history that is so prevalent in Europe and the Middle East.