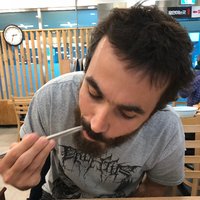 Hello w0rld! My name is Stelios. I am an information security geek. I am very interested in music, animal welfare, philosophy and health. If I could get rid of two things in the world, I would choose cars and mosquitoes.

I think CS is a radical project in how it transforms trust. Opening your home to strangers is a leap of faith - but one we must make to make the world better.

I am actually a CS veteran - I was on the network for 10 years between 2006 and 2016 but left as my priorities changes. I am now rejoining with a brand new setup.

I am happy to share practical computer security tips to anyone interested.
I'd love to learn some Mandarin Chinese from you.