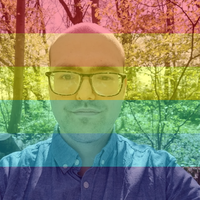 Are you the host I am looking for when going to couchsurfing for the first time in my life? My name is Hans from the Netherlands. I am a social, open minded guy with a good capacity to emphasize who would love to hear how to enjoy your hometown to the fullest.

What I like about France is the romantic language and the way French people are in contrast to Brittish people who I often consider as self-centered and drunks.... I would love to experience France with a plateau de fromage and of course some vin or even cognac.

At the moment I am using Duolingo to improve my French after seeing the Eurovision in which two of the songs ended up in the top 3. Though I am a very slow student and would like to use this experience in France also for language exchange.

Unless all the countries Ive been to I havent had any possibillity to go on vacation for the last seven years of my life. This had two reasons... The first one we're the financial issues which I faced as a musician and the second one was because I had no one to go with. With couchsurfing I hope to cover both

I see this as a great chanche to meet local people and get some tips about the sights and the events in the city. I also hope to experience more about the French Culture

I pretty much dont like to check in at a hotel with a lot of expats who are getting drunk on their own and laying on the beach at the Cote d'Azur for the entire vacation...

I've been with a group of people to Ukraine in 2012 for a volunteer camp. We held sportcamp for children and painted a orphanage house. It was really nice to held this sportcamp as the children we're neglected by their parents also during sportgames. It was so nice they could have a different experience when we we're there to hold this camp.

After all, this was quite an experience as life was so different over there. It was actually a culture-shock. The roads were made of cobblestone and it took us four hours to get in this tiny village. During our drive we saw alot of crosses at the road from people who have died during their transit. The village had a total population of 6000 people. Lots of them we're alcoholics. The only people in the village with a car we're the mayor and the pastor. Some others transported themselves with horse and carriage. We still asking ourselves how those people actually made a living for themselves.

At the border one of us got in problems and got interrogated by the customs because she walked in front of the border as we had to wait three hours to pass. The custom officer didn't trust it and interrogated her for a while.

When eating together, please ask me for my diet. This is very important to me. Without my diet I would get out of balance and get medical issues.