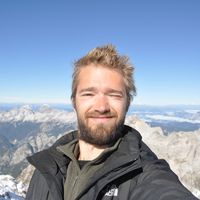 I have been a student for a while, and I graduated from university in 2015. I then left Belgium in September 2015 to travel around Europe, Middle-East and Africa.

You can see where I am right now on http://some-go-east.be

I have been a boy scout for 19 years, I play bass guitar and was the singer of my band, and I have travelled around Europe the last couple of years.

Couchsurfing is just an amazing way of travelling! I like meeting new people from around the world and listening to their stories about where they went and what their dreams for the future are.

You can find out more if you host me ;-)

- Hiking with Andrey and Viola in the mountains near Tashkent, Uzbekistan.
- Hitchhiking through Europe for 4 weeks and attending the Sziget festival on our trip
- Sleeping in a cave in the old city of Petra with Bedouins
- Hitchhiking in Africa
- Swimming with a dolphin in South Africa
- Cycling on a single speed Malawian/Indian bicycle from Malawi to Zambia
- Cycling from Johannesburg to the Garden Route
- Hitchhiking all of the Balkans

In 2011 I went to former USSR countries and tried to learn some Russian, but I'm at an extremely basic level now. I'd really like to improve this, so Russian speakers are more than welcome :-).

I can help people out with building (small) websites, computer and other technical problems...

By now I have travelled quite a bit and can share travel stories and tips!