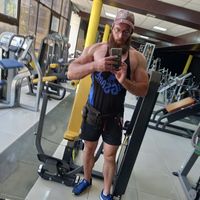 I have plenty of quintessentially British attitudes and habits to amuse you. Am quite a quiet person, and because am not much into drinking, nightlife and crazy partying, some people will find that boring; no probs. I like people and conversation, and while I don't get my kicks from drink and party, I like danger and adventure and I very much like mischief.

Live freely whilst being considerate of others

When it comes to hosting couchsurfers, am happy with either surfers who want to do their own thing entirely (and sometimes that suits me when am busy), or surfers who want to hang out and explore Ankara and the surroundings with me (can't always do this but can make time for those that want it and make good first impressions). I'm an active bloke, so if you like getting on a bike, or running up a hill, or nose around neighbourhood streets, then that's the sort of thing we might be able to do. Either way, let me know when requesting if you're looking to do your own thing, or you want some sort of company; either is fine with me.

I like reading and keeping up to date with what's going on in the world around me. Politics interests me, and I'd much rather someone had political views totally different to me than not have any views at all.

I enjoy nature, getting out to the coast, the mountains, the forests. On foot or even better by bike. I also like weight-training and playing rugby.

Am pretty crazy about food, from the simple to the exotic. I don't think there is any food that I don't like.

In general, we'll get along if you are not very politically correct, don't feel that your gender/race/sexual orientation defines you, and you don't take religion too seriously. Yeah, so the hyper-PC crowd, victim-complex sufferers and strident god-botherers might not be best matched, but hey am open to being persuaded, maybe I've overlooked something about my past experiences with these sorts of people.

Watch quite a few films, tend to like the more thought-provoking ones that are not too pretentiously arty. I particularly like Swedish and German films.

When it comes to music, I am not too interested. I guess you can say I have a shallow interest in a lot of different types of music, but nothing that really makes me tick. Maybe I just haven't found "my music" yet.

Whilst in the Republic of Georgia, cycled from Tbilisi up the Gombori pass (1,600m elevation) in the snow, in shorts and T-shirt, and rolled down the other side in the dark, without lights and without brakes to Telavi. Probably not an amazing thing, but a stupid thing, but I survived to tell the tale.

Some things that I really want to do in the future when I get the chance;
-travel on the Queen Mary II from Southampton to New York (6 nights at sea).
-cycle up Mount Elbrus in Russia like the guys from the Republic of Georgia did (I climbed it on foot in 2011).
-revisit the Azores, but visit all 7 islands (only visited 3).
-visit the Minaret of Jam in Afghanistan (tried twice before, but thwarted both times when so close).
-cycle over the northern states of the USA over the summer, returning over the southern states in the winter (need a spare year to do that, preferably before the knee arthritis sets in)

What I can do with guests is very much dependent on first impressions, your effort and how much I click with you, as well as how free time I have during your visit. Can go out with you in Ankara a bit. Let me know in your request.

-I can repair bicycles.

-I can help with home renovations, including tiling, carpentry, plumbing, basic electrics (as the law allows) and assembling any sort of furniture. Can bring tools if necessary. I can - but am not at all good at - painting and plastering. I really like unblocking sinks.