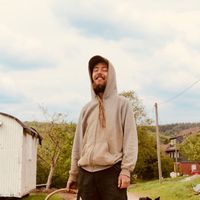 I can juggle with three balls and solve a rubik cube, might not be too special but it might be something amazing for someone that isn't able to do this. - Even small things that tend to get forgotten might be very special, keep that in mind!

I could share our flat my guitar and, if you are in need, my toothbrush with you!

I try my best to be a person that is welcoming for all sorts of folks, thoughts, stories and cultures!

I once heard that I am pretty good at hugging and cleaning dishes, so the choice is on you!