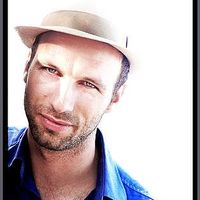 Travel, see the world and have a better idea about human being.

I can't imagine my life without travel with my photographic camera and the moleskine to capt the reality and the experiences that I lived. I usualy do photographic exhibitions and write also my chronicles to a newspaper all the weeks.

Live life with pleasure. Play it with intensity but preserve the longevity. Use your head. Teach and learn with the others with respect and humility.

I meet the site talking with a canadian traveller in a train. after it, I started to think about the idea and, some months later, I tried to experience it and it was realy a great story.

I like to travel alone, with my photographic camera, and met new people and realities. I am history teacher but photography is my greatest passion. But life is more than that. Discover small but beautiful details in the world and, specialy, in his actors, the people. Continuing to search people wich i can have a nice chemestry, walk around without a concrete plan, just for the pleausure of walking, specialy during the autumn, my favorite season. Loose my self in a second hand market searching for old books or something that is waiting for me to be bought. Ride a bycicle or trekking in a mountain. The rest, i can tell you in a nice conversation.

Its difficult to choose the finnest movies i saw. I will not forget Il Postino (The Postman), La Vita e Bella (Life is beatiful), Le Fabuleux Destin de Amelie or the English Patient. Underground is a very interesting film, speacialy to whom ho have some historic bases about Balkans. I like also Giuseppe Tornatore films like Cinemaparadiso, Malena or L uomo delle Stelle. Don't forget Death Poets Society, The Pianist, The Man who Cried, and so many others.
About music, it depends of the moment and the spirit. Tindersticks, Arcade Fire, Radiohead, Rage Against the Machine, Jorge Palma, Yann Tiersen, Goran Bregovic, Antony and the Jhonsons, X-Wife or Xutos e Pontapés. Also Chopin, Tchaikovsky, and the slavonic dances of Dvorak. Bella Ciao, the left party music of Italy. A time for Rodrigo Leão, Low and Lhasa de Sella.
Talking about books, Hemingway, specualy For Whom the Bells Tools. George Orwell (Homage to Catalonia, Animal Farm), Miguel Torga (specialy his diarys), Fernando Pessoa, José Saramago, Marx, andré Malraux (L espoir), Julio Verne and others.
And about Photography? First, Robert Capa, the best war photographer of the history, a man with a shortly and intensive life story. I advice anyone to read his biography. Second, the geometrism, the rigidity of the picture and his perfection, like a painting and the beauty of the forms and the moments. Sebastião Salgado for his works to explain the world in wich we are living. His portraits, the effect of the black and white. After it, The works of photographers like Josef Koudelka, Paulo Nozzolino (this is a portuguese one), Antonin Kratochvill, Georgei Pinkassov and Raimon Depardon. Talking about war photojournalism, James Nachtwey, Christopher Morris, Ron Haviv and Peter and David Turnley.

Travelling in my way.The rest I will tell you.

I can teach a bit of history or something about photography.