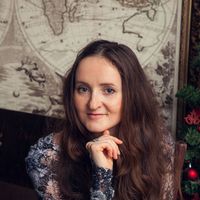 Use the smile to change the world, but don't let the world change your smile)

We inspire each other to visit new places, to learn new.

I had an unbelievable experience with this project. I've met so many great people.
I love Couchsurfing for the chance to communicate with representatives of different cultures while traveling.

1998 Traveled abroad for the first time in my life to Finland
1999 Traveled along the river Don and Volga with School of gifted children
2001-2006 Studied in Southern Federal University (former Rostov State University)
2005 Skied in Elbrus and visited thermal springs first time in my life
2006 Hitchhiked with my friend on the way to Kalmykia
2006 Visited "The Golden Abode of the Buddha Shakyamuni" in Elista
2006 Visited Paris for the first time in my life
2007 Created my own Shambhala
2008 Spent 10 days in the mountains without phone, electricity and any other facilities
2008 Climbed the Sofia Saddle (2640m), Arhiz
2008 Couchsurfed first time in my life in Luxembourg
2009 My vision became 100% thx to «МНТК «Микрохирургия глаза»
2009 Dived in the Red Sea
2010 Printed the first article
2011 Visited Cappadocia, Turkey
2011 Visited Lake Baikal and Olkhon island
2011 Climbed Pik Chersky and visited Lake Heart in the mountain valley
2011 Slept during lite-earthquake in the mountains - I sleep really deep)))
2011 Visited Solovetsky Islands, Karelia
2012 Visited Zakynthos, Greece
2012 Visited Valaam Archipelago, Karelia
2012 Visited Meteora, Greece
2012 Saw an amazing Dubai mall fountain show, UAE
2013 Swam in the Indian Ocean first time in my life
2013 Found my dream job
2013 Visited first WOMAD (international arts festival) in Russia, in Pyatigorsk
2013 Visited Cirque du Soleil show
2014 Met New Year on Mauritius
2014 Organized and inspired a group of 6 friends to visit the Venetian festival
2015 Washed an elephant in Sri Lanka
2015 Climbed Sri Pada/Adam's Peak(2243m) in Sri Lanka
2015 Swam in the Atlantic Ocean
2016 Visited Uludağ mountain (1810m)
2016 Went skiing at Northern Tian Shan
2016 Visited both sides of Iguacu Falls
2016 Shared my Couchsurfing experience on radio and in magazine's article: https://yadi.sk/i/js9xivEIrtR9k
2016 Hosted a Russian TV group to share my Couchsurfing experience https://www.youtube.com/watch?v=SeDUpMSp6b8
2017 Quit my job and left my home city for 3 month
2018 Passed a Vipassana meditation course
2018 Traveled around Carribeans
2019 Crossed Sues canal from the Indian Ocean to Mediterranean and back
2019 Trekked around the Himalayas
2020 The best year of my life

I can teach you the Russian language.
I practice yoga and meditations every day. I will be glad to share my skills if you are interested.
I'm always open to share my travel life-hacks.