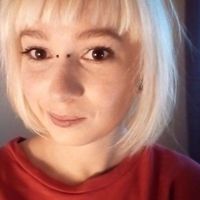 Travel wise? I have lived in four countries (dear France, Germany, the UK and Serbia for a little while) and travelled mostly in Eastern Europe, as far as to Belarus. I almost exclusively travel alone (by choice!), so if you happen to see me reading on a bench somewhere, don't hesitate in coming around to say hello.

Because travelling should be accessible to anyone, whether you are in or out of a job, a student wanting to expand your horizons, a retiree growing tired of staying home...
Note: I have got une duplicate profile on CS that I cannot access anymore, from the time I was living in Berlin. Here it is (and it's got refs!) : https://www.couchsurfing.com/users/2002041802

- Best hitchhiking trip: Lyon to Northern Spain within 24 hours with a good pal of mine. We left at 6 am, arrived at 1am on the next day, after getting so stuck at the border that we had to ask customs to take us back to the city with them :)
- Funniest urban exploration: soviet hospital turned ghost town near Berlin, or the parisian catacombs. Sometimes, the best parties are not at the club - they are literally under your feet.
- Urban cultures: I'm fascinated by Japan's street fashion as much as by Parisian graffiti artists. The hustle and bustle of city life!

Music: the lofi hip-hop ratio has carried me through more sleepless nights than I can admit. Besides this: good fan of live music, especially when listened to in jazz bars. And I also worked in a techno club in Serbia as a PR. So you see, it's eclectic.
Films: Ladj Ly's "les Misérables" (2019), about police violence in French inner cities. It will kick you in the guts, and it is the most realistic depiction I have come to watch besides the classic "La Haine".
Books: currently finishing Musil's 1930 "Der Mann ohne Eigenschaften", a book about existentialism written decades before the word was even coined, and pre-war conditions in Austria. Otherwise: usually either gonzo journalism (Harry Crews, the beat generation...) or Russian literature (Москва-Петушки!)

- Climbing to the top of an abandoned soviet military base to take a look at the city from above at night, in Georgia.
- Jumping off a plane in Odessa, Ukraine. First and only sky diving experience I have had - my faint heart may be to blame.
- Randomly finding my first boat-hitchhike in Agios Nikolaos, Crete - back to Heraclion. The captain, his crewmate and I sailed overnight, under a pitch-dark sky and a quiet sea. Breathtaking.