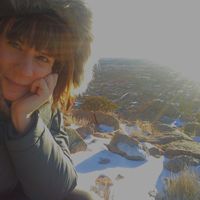 When I started using this app I hosted mostly peregrin@s while they were doing the Camino of Santiago.

It turned to be a bit tricky when mostly guys requested &amp; some of them just used the messages (avoiding a bad reference for making my boundaries here and there).

The idea of meeting people from all around the🌍 it is a great chance to grow but honestly I’m kind of disappointed on how originally this app used to be and what it turned to be nowadays. I got into unsafe and insane situations for opening the door of my place to strangers, what it made me stop using the app for a while.

On the other hand, I don’t think it’s fair to close the door to wonderful people that it’s out there who is really respectful &amp; well behaving , so I’m giving it a second (maybe last?) chance.
I just want to make a clear ⚠️shout out ⚠️ to people who has:
•mental issues ❌
•addictions❌
•drama/trouble makers❌
•has further intentions ❌
to find another host/guest as you’ll get a report right away from me.
Making the rules for a free hotel and to think I’m your personal assistant is not the CS philosophy ❌

Thanks for helping this app to be as sane &amp; safe as it should be 🙏🏽

Many or too many!
Traveling👣, learning from other cultures,🌲🌳nature🌵, music, healthy food, yoga🤸, hiking, kayak🚣,🚴, 🧘...

I moved from Europe🏖️ to US🏜️ in a cultural exchange, I traveled with a person from CS that I barely knew,
and surprisingly, it was one of the best trips ever!

Good chats and sense of humour.