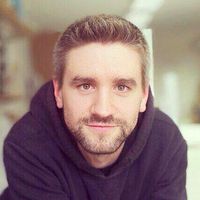 I am an the creator of a website called 'Find An Open Mic' which is exactly what it sounds like - a free database of open mic nights. I make no money from running the website, I do it for fun.

I believe open mic nights are a really underrated way to meet new people and build a community. Sure, sometimes the performers are rubbish, but at other times, the performers can be world class.

I like to think I am pretty easy going and can get along with most people as long as we have a few common interests.

I'm also very interested in permaculture and self sufficiency. I've done volunteering on permaculture farms and have friends that own their own woodland. I help them out whenever I can. I'm currently thinking about how to build an off-grid power generator based on a rocket stove.

One of my ultimate dreams is to travel to Canada and the USA without flying.

I love science and technology. I don't have any real qualifications in that area, but I could talk about it all day.

I do not smoke. Currently unable to host as I live in a flat share.

Work less. Don't seek pleasure in possessions. Being creative is the pinnacle of the human experience.

Spent a week in Ireland. My couchsurfing hosts were the highlight of my trip.

Books: The 4-Hour Work Week by Tim Ferris, A Brief History Of Time by Stephen Hawkins, To Have Or To Be by Erich Fromm, Antifragile by Nassim Nicholas Taleb