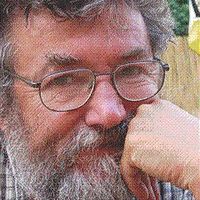 CURRENT MISSION
Warning: However I have Wi-Fi at home, if you use your mobile, PC, or I-pad longer than 30 minutes every day, I ask you do not read my profile longer, and don't ask me for coach!

It is not enough to visit a country because of its beauty and old stones. If you don't met with its culture and people, you missed this country.Learning a language of a small country, you come in these people's heart . English is the most known language, but not by everyone, and the world must be colorful also in the future, so I like to speak not only English...
But you can start to learn Hungarian too: https://www.youtube.com/watch?v=FsKQEPJXKJM

Can you describe all about you in few words? I am not so scared (or too old).It is terrible that from every little things I get new ideas?
I'm proud of my world patent, because I'm very bad in physics.
About 10 years ago I wrote a book about Montenegro, so if you have any questions about the Balkan, I hope I can help you.

Not only every country is a different country, every human being is a different world.
It is good to get, but better to give.There are some "world explorer" with a laptop in their bag, arriving in a new town first they look for the nearest Mac Donald's wireless. Congratulation, but this people are not my type...Poor Columbus without banking card!

HOW I PARTICIPATE IN COUCH SURFING

I have a big house, and I live in it alone, so I think it is not correct not to part it(for example with you).
I cook you something special, but you have to cook me too your special! I show you a lot of different music, but you have to show me (minimum) one not typical music of your country.
WARNING! I have 4 NEGATIVE references, but WHY? please look at them first!
I write negative references about everybody, who I accepted to host him/here, and he/she doesn't cancel it in time or never, and doesn't arrive!!! The reliability of CS is important to me!
Don't respect only my age, but don't be proud of your young age!

I had the possibility to share my home with many interesting, friendly, talkative, beautiful (girls) people.

People, mining's, friends, relatives, books, travel, films, music, politics, dances, theater, animals, fun, nature, architecture, history, biology, art, sport, philosophies, garden, cars, bicycle, computer, to be creative, sex, cooking, etc...
These are only words without any kind of order, but if you will visit me only for one night, we have no time to discuss about nothing, so pls stay longer or, ask somebody else for only overnight.

Only one?
But hopefully you will be the next one!

The life is a permanent learning and teaching, we have all a lot to do!