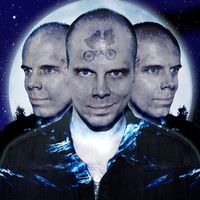 (And if that last sentence confuses you, then ask me about it - or any of the more than 2.000 CS'ers I've hosted in the last 15 years

a) the "My Home" section of my profile (e.g. to check on what dates I cannot host and more!):
https://www.couchsurfing.com/people/mrulf/couch

c) TO BE MORE SUCCESSFUL ON CS IN GENERAL:
http://tinyurl.com/Ulfs7tips

I'm
us Kölle
Oh so European,
a little bit impatient,
definitely extremely liberal,
at quite some times quite funny,
really very scarily hairy here and there,
(even still!) undecidably overweight on certain parts
Hardly ever boring but sometimes perhaps a tad irritating...

ALSO I feel awkward being around people with nobody saying a word - so if you don't speak and tell me anything interesting, then I will!
ALL THE TIME!

AND
Those who like to take offense (we have plenty of them on CS...) take offense with what I do and say easily.
BUT usually I do NOT INTEND to offend - but, ON THE CONTRARY, get pissed by people being so daft, pretentious and just idiotic PC-fetishists that they do take offense that easily all the time!
WATCH THESE 2 John Cleese Interviews on PoliticalCorrectness and Sensitives sickening Societies:
https://youtu.be/QAK0KXEpF8U
AND
https://youtu.be/_FamNyMUZlw

I myself believe much more in honesty and straightforwardness.
So when you do or say something stupid, then I'll call it "stupid" - and not say: "I'm not sure I understand you correctly..."; and when I think you lie, then I'll call that a "lie" - and not an "exaggeration" (both of which has been "suggested" to me by some CS patronizers - aka "moderators", "ambassadors" or "Safety Team" members).
Live with that or leave me alone - I do not make concessions on this.


If you wanna find out MORE ABOUT me then check out "The Gay Devil's Box" (in black) on my "Old-Style CS profile":
https://drive.google.com/open?id=0B0BOk-nv1BVeRjIyUTU1M2d6dWM

"A day without laughter is a day wasted"
(Chaplin)

"The greatest trick the Devil ever pulled was convincing the world he didn't exist."
(Keyser Söze / Roger "Verbal" Kint , "The Usual Suspects")

* NOT TO "MAKE THIS WORLD A BETTER PLACE"!
* NOR TO "FACILITATE CULTURAL UNDERSTANDING"!!
* AND NEITHER OUT OF GENEROSITY or ALTRUISM!!!


I like to try to contribute to making this world a better place...
But people who claim that they host CS'ers or surf couches themselves for that reason are (IMHO) in so far pretentious idiots. Being either too inept, too egoistic, too prissy or too slothful (or all of that) to ACTUALLY, REALLY "do good", they just go for that fake alternative (pretending that being on CS makes them "better people") instead - and then have a problem with me calling them out for that

For such pretentious Goodhumans there's https://www.bewelcome.org/ - and I do NOT have a profile there for a reason!


I'm on Couchsurfing...
* BECAUSE IT IS FUN TO HOST and to surf and to go CS events!
* meeting new people is INTERESTING!
* COOKING with people and then EATING together is pure pleasure!
* ending up HAVING SEX with people feels great and is good for your immune system!
* talking people into having their first SAUNA or first KIT KAT CLUB PARTY or so (and thus opening up a whole new world for them) gives me the nice feeling of having done something genuinely kind!
* BOOZING together is often HILARIOUS!
* TALKING to people is usually interesting and often informative!
* "FREELOADERS" WELCOME!!! Fuck all those self-righteous freeloaders bashers - I like the idea that by providing FREE ACCOMMODATION (yep! JUST THAT!) CS (with me as a CS host) enables people to travel who couldn't afford to do so otherwise:-)


There you have it!
That's it! Just that!
But that's more than telly can give you - and definitely better than being home alone after work;-)

(And facilitating cultural understanding and making the world a better place and all that just happens on the side then;-P)

Politics and History
Sauna
Movies
Sex
Musicals
Having a Kölsch or two (or three...) or -if need be- some other kind of beer with friends,
Traveling to other places, meeting foreigners and learning about customs, opinions and ways of life which are different to mine
and Law

If that REALLY interests you then see my "Old-Style CS profile":

Lot's of little things with all the kids who actually added so much to make my life such an awesome life so far:
* my group kids (during my many years as a leader with a Catholic youth group)
* all my babysitter kids I took care of for more than 15 years including and especially my Godson Jakob
* and - most of all! - since May 2003 my nephew and Godson Peter and since October 2006 my other nephew Paul!

Paragliding above the Gulf of California at the beach right in front of our beautifully located hotel in Mazatlan AND tandem parachute jump during sunset on Oahu, Hawaii

World Youth Day's ("The Pope invites the Youth of the World...") 2002 in Toronto and especially playing a (smaller) role in the organization of WYD'05 in Cologne

For a night at a gay sauna in Berlin being the "guinea pig" for a gay friend of mine, who wanted to proof to me that (t)his Freudian theory is true, according to which I (just like every straight guy) by nature would be "a bit" gay, too ;-)

For so far 15 awesome Carnivals in Cologne hosting a few hundred CouchSurfers that surfed and partied with me for that:-)

AND BEST OF ALL:
Using Open Couch Request ("Travel Itinerary") to find a host for the Tallinn Sauna Camp in Early 2013

IRONY and SARCASM!
(You might honestly believe that you don't need to learn anything about that... BUT after more than 12 years on CS by now I assure you that an incredibly ginormous amount of CS'ers ARE IN DESPERATE NEED OF LEARNING ABOUT THIS - cause they're pathetic amateurs about that!!!)

Open Relationships, Swinging and all that Jazz

Our flat, more of my wisdom than you might ask for - and me!