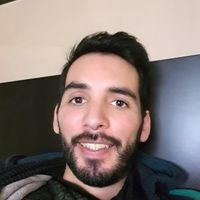 Easygoing guy, a bit shy but friendly. Maybe I look like a serious person but it's only because I'm an introvert! Some of my friends say im an empath.

I like to travel, visit new cities, looking for new experiences traveling!

I love cooking and make drinks for friends, watch movies or tv shows. I like to play video games and listen some music.

About music: I love 80s music, new wave, one hits wonders. I like a bit of rock music (not heavy) and disco music aswell.
Radiohead, Madonna, Frank Sinatra, The Supremes, Coco Rosie, Massive Attack and many others.

Movies: I love fantasy movies like The Lord of the Rings, The Hobbit, Harry Potter and Superhero movies. I also like Science Fiction movies, Bladerunner and The Fifth Element are my favorite ones! Star wars, Alien, Valerian and the City of a Thousand Planets.
Anime movies especially from Studio Ghibli, My Neighbor Totoro, Spirited Away, Howl's Moving Castle, etc.
I like romantic comedy too. Movies like Coming to America (only the first one) The Weddings Singer...
I love Bram Stoker's Dracula!

Climbing to the top of the Sun Pyramid in Teotihuacán, Mexico
Amazing energy vibes going on up there!

I like to learn new languages, I'm learning French (trying, hehe) I'm always open to improve my english skills practicing and also can teach some spanish. I'm not a teacher, but it would be fun anyway!
I took several cooking classes, so I can teach you to make delicious food, chilean food, and share recipes.
i also do Reiki sessions if you are interested!

I love cooking, so it can be fun to share with the hosts some chilean food recipes or maybe international dishes. I like to make cocktails too.