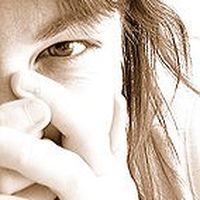 Pictures where i appear:

My Facebook (feel free to add me as a friend to take a look):

Sharing. That's the point, isn't it?

I travel because of people.
I don't care much about monuments, landscapes or tourism stuff. That's why couchsurfing is such a great idea to me.

I've danced traditional catalan music, drank mongolian fermented mare's milk, taken deep space pictures, worked as satellite engineer, harvested olives, witnessed a total solar eclipse from the north pole, audited chinese factories, talked during hours with people who speaks some language I don't speak, paragliding fly on my own, managed to stretch college until it's taken me more than twice as usual and I have never found someone who has nothing to teach me.

Also: I'm the luckiest girl ever: I always end up meeting the best couchsurfers!

I can teach to play Go, or maybe some sort of "how to start using an SLR camera", or to do Rubik's cube... I know the basics of many things but I don't use to dig deeper..

That's also why probably you'll have some basics to teach me about whatever :)

Missing the slogan "Creating a Better World, One Couch at a Time" instead this "Stay with Locals for Free" we have in CS website now.