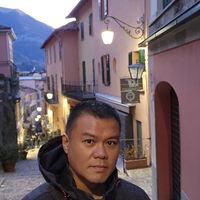 I'm pretty sure there's a lot more to life than being really, really, ridiculously good looking. And I plan on finding out what that is.

I'm pretty laid back, somewhat of a sarcastic smartass, and I can be extremely funny or extremely irritating depending on your sense of humor or lack of it. I value deep connections between people and strive to make a positive impact in the lives of the people that I meet.

When I'm in town, I like to show people a good time, especially when it comes to nightlife. If you want to go to the best clubs and lounges on the West Coast without waiting in line, get bottle service, take a limo ride down the strip, dine at awesome restaurants only locals know about, or see Cirque du Soleil shows - I can get you hooked up.

Please dress to impress if you plan on checking out the Vegas nightlife. Shorts, flip flops, hiking boots, and sneakers will not get you in anywhere nice. Ladies, dress and heels please. Unless you're ridiculously tall. Then wearing heels will just wreck all the short guys' self esteem.

"The True Gentleman is the man whose conduct proceeds from good will and an acute sense of propriety, and whose self control is equal to all emergencies; who does not make the poor man conscious of his poverty, the obscure man of his obscurity, or any man of his inferiority or deformity; who is himself humbled if necessity compels him to humble another; who does not flatter wealth, cringe before power, or boast of his own possessions or achievements; who speaks with frankness but always with sincerity and sympathy; whose deed follows his word; who thinks of the rights and feelings of others rather than his own; and who appears well in any company, a man with whom honor is sacred and virtue safe."

Mostly by being the best host my surfers ever met and showing people the side of Las Vegas they'll never forget. Except when they black out. Blame it on the alcohol.

Hosted and partied with a whole bunch of cool people from all over the world. Without leaving town! How awesome is that?

Hosted the sweetest, most adorable girl from Cologne and we ended up traveling all over and dated for a year. Wouldn't have happened without CS.

Made lifelong friends and travel partners with the same interests, with tons of unforgettable memories.

Dogs. Yoga. Travel. Poker. Music. Dancing - everything from salsa to EDM to country. Animal rescue. Volunteering. Metaphysics. The supernatural and unknown. Outdoor adventures. Trying out new food, things, and anything exciting. Exploring new places all over the world.

Last couple good movies I saw: Dune and of course Mandalorian. Oh and Million Ways to Die in The West is freakin' hilarious. Just been getting into old movies recently, Steve McQueen and Cary Grant movies are surprisingly pretty good. All time favorite movie is probably The Notebook.

Music: Pretty much anything. I'm pretty open minded. My playlist is mostly country and EDM, but I like old school trance (Gareth Emery, ATB, Armin, etc), or latin.

I don't read books for fun anymore, last good book I read was Radical Honesty by Brad Blanton. Combine that with Mark Manson's The Subtle Art of Not Giving a Fuck, and you'll have a completely different outlook and interaction with people around you.

Tons of other things that are somewhat touristic and not worth mentioning, e.g. Great Wall of China, Panama Canal, giant Buddha in Lantau Island, etc.

Did a solo 3,000 mile road trip in 6 days from Boston to Las Vegas to rescue my dogs from a shelter in Boston. Long story.

Met the Pope in Rome, just happened to be at the Vatican at the right time. I'm not even Catholic but dude was cool.

Going 145mph on US95N while being chased by 3 police cruisers and a helicopter. Only reason they got me was because I ran out of gas.

Went to both EDC Vegas and Orlando in 2021. Will probably repeat that insanity in 2022.

Things I can teach: Poker, casino games, salsa, bachata, self defense, shooting, offensive driving, how to get drunk for free in Vegas, and lots of other cool stuff.

I don't usually surf but if we hang out, a night of fun and debauchery is almost guaranteed.