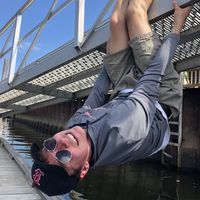 Hey! I’m Remington! I’m a senior in college, and I’m entering a crazy world on my own and want to explore every last bit of it!

I want to expand my understanding of the world and of those in it; to build empathy with people from all walks of life and culture. I don’t want to learn about where you live from a seasonal tour guide, I want to hear what the natives have to say from their own mouths!

I play several instruments and know music theory, so if you’re interested, just ask! If you have a piano I may use it… I’m a somewhat philosophical person so hearing about cultural differences and ways of life across the world really interest me! I want to know why you’re living where you live, and what you like best about it!

If you’re looking for some quality photos, I can hook you up, just ask! Pictures for Couches is a good trade in my book!