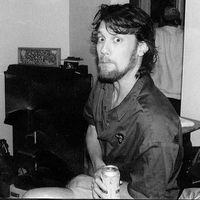 Devour an entire uncooked walrus in one sitting, without utensils of any kind

I've certainly put up a ton of people on various couches of mine over the years, without the aid of some fancy international couch-allocating computer.

I stayed with some awesome (with a capital AWESOME) Brazilian couchsurfers in Malta in 2007. They were, as you might imagine, awesome. The times that were had were similarly awesome, despite my near total lack of luggage for most of my time there (thank you crappy-ass airline.)

Similarly awesome experiences were had with couchsurfers in Tunisia and Egypt (albeit with slightly more luggage.)

Now I host when I can.

I like hyphens, innovative/alternative outlooks on intellectual property law, and long romantic walks in the moonlight.

As a hobby, I make convincing life size replicas of livestock (mainly cows) by duct-taping thousands of rats together around a rudimentary wooden frame.

Music - I like an extremely wide range of music, provided it doesn't suck. However, for no particular reason, I'm only going to list Swedes that I am currently obsessed with here: Looptroop, Promoe, Timbuktu, Teddybears, Laleh Pourkarim.

How to make awesome soup out of pretty much anything:
1 - Boil it for a while
2 - Stick it in a blender
3 - Add sour cream

Also, you should use Linux. (Not for soup though) www.ubuntu.com