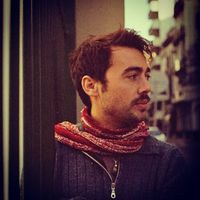 How are you today?

Do you ask yourself this question on a daily/weekly/monthly basis? YES/NO/MAYBE ?

I do... well, sometimes not as much as I want to, but I try though (a very important person taught me that all you can do in life is try, the rest is up to - something, someone - who knows?

Actually, I dont know much about life, I am only 28 years old, but I think travelling has helped me a lot to understand others peoples realities and to realize that my reality is not everyone's. This is something very important and it can help you develop one of the most important values a human being can have (for me), which is called EMPATHY.

Life is a constant trip, a roller coaster, un voyage, a road to self discovery, a one way ticket to the unknown !

The more I know other people; the more I get to know myself - my passions, my hobbies, my talents, my virtues, but also my defects (or how I like to call them "things to improve”.

Who knows what's going to happen???

Because I've realized in this platform you can meet very magical beings and spent unreal moments with them :)

I fuckin' love music and going out dancing!!!!

.To say thank you in your language :)
.Cooking recipes from different parts of the world
.italian/portuguese/german

If you have read my entire profile please mention the word “kokoroko”.