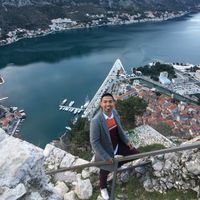 An Ambivert, big foodie, globetrotter, into creative discussion ( recent scientific findings however not necessarily need to be science-associated), towards enlightenment and a naive researcher but not science nerd.

Good hearer but not eavesdropper ☺️. .

My philosophy is very simple. We are all flowing into the river of time

By the way cooking is innate in me.