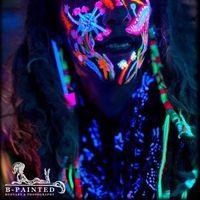 Current mission:
Bring people together through love and consensus

sharing is caring, caring is sharing.
daring to be sharing, wearing the caring.
traveling whilst free-hugging, sharing through hitchhiking.

shameless cracking, the will of possesing.
mind-powering cleaning, the societal brainwashing of...

while living to die, dying to be alive.
drowning in drinking, hellish smoking.
dooming yourself with paying, reality fleeing.

I'm Wrenaqua, a European, nomadic flower child who loves to explore different cultural viewing angle's. At the moment im already living and traveling for 40 months completely without touching/thinking about money. I do this because i don't believe the capitalistic system can support humanity in a humane way anymore, it causes too much suffering on our planet. So i decided to stop supporting it and begin teaching people other ways to live.
Im studying, a master in the school of "life itself", with sub-bachelors in nomadic life-style &amp; dancing ;) Im traveling around and go where i want, while getting stuck in berlin often(i SOO love this city). I travel because i like to get to know people, see how they are living, see if they have any habits i wanna learn myself, tell people about habits i learned from others and enjoy the culture, i dont seem to be so much into the "as far as u can say it""typical tourist" stuff", although i love giving tours to others ;)
I love to cook in vöku's, dance together and give infinite "free hugz" to the whole society :)

Dancing is like drawing in a mental, orgasmic condition

I love everyone, although that doesn't have to say i like you (most of the times i'll probably will though)

A period of 7-8 year's of traveling(mostly hitchhiking) through Europe
A 3 month period in Berlin where i sub-hosted many ppl
Now a period of traveling and looking for project space
Been hosted and have hosted the past 7-8 years by couchsurfing and it was awesome. Got to know zounds of amazing people everywhere, from everywhere. It was and still is amazingly interesting to experience someones living habits and sharing my own; while living whit someone you get to know each other way better than maybe x time meeting somewhere else.

:) 4 Years of Ozora in Hungary :) (since the razzia its less nice :/ )
3 Years of Fusion festival germany
Years of Woodstock @ Kostrzyn nad Odrą in Poland
Fullmoonfestival near Berlin 2 years ago.
Party's in a squatted church near Amsterdam called Ruigoord.
Solstice at Ruigoord.
Attended a French literature class without being a student there, with my hosts that i spontaneously met the day before :)
Handing out free hugs everwhere for everyone &lt;3
Many crazy adventures.
And ofcourse cs :)

I am a pretty good dumpster-diver, so if you can handle the idea of dumpstered food, your fridge might be exploding with dd-ed goodie's, Dutch recipe's, zounds of traveling stories, and life hacks in general...