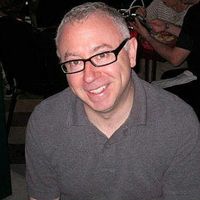 I am a pretty relaxed guy, love meeting new people and experiencing new places. I have lived all my life in Canada. Although I have traveled a fair bit, I definitely hope to do a lot more. I work as a political hack, and I feel pretty lucky because it's like I am being paid to play my favourite sport! These days I am working as a political advisor and strategist to a group of senators.

I value my free time a great deal, and I try to put it to constructive purpose. I strive to live in the moment, and to make the most of each day.

So far I have mostly played host. It has been great fun meeting all sorts of people. My summer travel this year is to places where I have friends, so I will be couchsurfing, but not through the site. I look forward to being more of a guest in the fall...

I have been hosting for a little over 9 years now, and all my experiences have been very positive.

It's not an exaggeration to say that hosting has changed my life - it has made me more involved in my own community, more active and more happy - and it prevents me from being a lazy slob who just watches TV after work :)

I have met literally hundreds of interesting people, and had lots of fun. My friends have enjoyed meeting my surfers so much that four of them have become couchsurfers as well.

So far my couch surfing experiences as a guest have been much fewer than as a host, but they have been really awesome!

I could never narrow such things down to a top-ten list. Harold and Maude would have to be near the top, in any case.

I just re-read Fifth Business by Robertson Davies. When I had to read it in high school I didn't like it. This time I loved it. Currently reading a fantasy novel called "Wise Man's Fear" and a cold war book called Spy Handler.

Music is an important part of my life -- though it's rarely something I use as "background noise". I tend to be an active listener. Pretty much anything goes so long as it's not country or heavy metal.

One amazing thing I have witnessed through my experience with Couchsurfing is the innate, irrepressible and infectious goodness in people. As Maude would say, "After all, they're my species."

I don't know much, but I like to share.
I love politics, wine, cooking, movies, etc. -- and sharing what I have learned is always a pleasure. I love to learn from others as well.