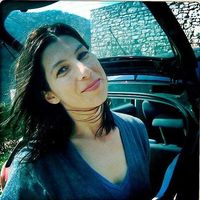 Applying my gifts where they will do the most good for the greatest number of people.

I am constantly learning. I am open to adventures, projects, and inspiration.

I profess the religion of Love. Love is my religion and my faith.

I've helped organize CS gatherings in the US and abroad, I worked for CS for years, and host and surf when possible.

I have been lucky enough to have climbed in, on, and around glaciers between Alaska and Canada, which I think is pretty amazing.

THIS. Amanda Palmer speaks about trust, and says talks about why we do what we do when we host, surf, or put ourselves in the hands of others. YES. THIS:
http://www.ted.com/talks/amanda_palmer_the_art_of_asking.html