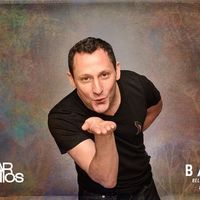 To continue this lovely journey of amazing people, places and new experiences

Please read my profile before sending any CS requests. Thanks.

I'm always in motion.
I've hosted over 600 days
I founded Chaoscooking.com, an international community of people that do social cooking events together. (Kinda like CS)
I founded a company that throws giant costumed events in NYC called Lightning Society. (https://www.facebook.com/lightningsociety)
I run a computer training business. training-nyc.com
I'm very involved with Burning Man.
My passion is living life and meeting people. I love to host and the joy that comes with it.
My facebook profile is "Joe Che" and is much more updated with real life things. (well real life for some people)
Bastien and I coined and started the "Couch Crash" festivals many years back.
I was one of the first NY Ambassadors, when that actually meant something.

Life's a playground and I'm all over the monkey bars.

I host almost every night.
Here's a second CS documentary I'm in.
http://www.youtube.com/watch?v=BDhaN9HHaGE

I'm at most of the parties.
I meet local and foreign CS'ers regularly.
I host a lot of parties.
I show people around.
Interviewed about Couch Surfing on Business Week.
Interviewed by Aftonblaten, Swedish Paper for CS.
Filmed for a CS documentary.
Being filmed for another one.

Had an article about me hosting in Aftonblaten, (Like Swedish NY Times) Here's less than perfect translation someone gave me.

The phenomenon called couch Surfing, thus sofasurfing, and is to be able to travel around the world, live in one of the local residents and thus able to see things that most tourists would otherwise miss. To me that just arrived in New York but a few close friends in the city is perfect.

Joe Che, 32, is one of New York many hosts, and he agrees to let me live with him in Williamsburg, one of my favorite areas, just a subway ride from Manhattan's East Village. The streets bubbling with life here and I meet media professionals, worn rockers and trendy latte mothers along the main stretch of Bedford Avenue. When I looked up at the right address, a modest brick building, I meet a sentinel sitting in a pinnstol (?) in the entrance, a right common sight in New York.

Joe greets me at the door with a hug and I appear in the pleasant but different living room. In the middle is a large aquarium, but what draws my eye is the amount of odd stringed instruments hanging on one wall and the flaps where previous guests have completed the "one thing I still want to do" that fills the other. Among other things I find "travel to the Moon" and "learn 6 languages" among the various responses.

Since Joe has a business with offices in the one bedroom and the other for couchsurfing to keep in the living room. At the moment surfing is 22 year old Uppsala resident Mia Nilsson on his couch, but it does not seem to be a problem that I take over the large air mattress on the floor.

Joe and Mia are like old friends and I quickly learned that it is not the first time she is here.
"In June last year, I went to New York, but knew that my friends was pretty busy. I had joined couchsurfing a few months earlier, but only to host. When I was looking around the site, I found Joe who wrote that he liked music and art and it felt like we could have fun together.
It was originally intended that Mia would stay 2-3 nights, but it was a whole week. And when she took 10 days leave from lawyer program at Uppsala University to go to New York, it was obvious that she would stay with Joe again.

"My stay was completely different if I lived in a hotel. I had certainly had fun, but it had become more museum and stuff and I wanted to experience some of that crazy New York as Joe was talking about."

"I never have time to ask what the "crazy New York" means. Joe already has lots of plans for us. We will in pillow fights on Wall Street, art gallery in Midtown, a private party with a circus theme in Harlem and couchsurfing's famous Weekly bar Revival where the New York hosts and travelers from around the world met up for some beer."

Joe seems to be the ultimate soffsurfvärden, he thinks simply that it's fun to have different guests for a visit.
"I like to show people a different part of New York, more underground, like they would see if they lived in hostels. It takes a lot to host, but you may get back also in meeting great people.

A couple of days, and lots of activities, later, my mobile is filled with a host of new numbers. Other couchsurfers that I encountered during the festivities, inter alia, invited me to jazz brunch in Harlem and on authentic Chinese cake in Chinatown. Before I thought, probably like many others that couchsurfing is a smart way to travel cheaply, but what really makes the experience unique is the people you meet and exchange it has with them.

All good. Great people, great times, too many drinks.

I've decided to start keeping track of my hosting experiences, but missed a ton of them from before. Forgive me if I miss a bunch.
Some CS experiences
Traveled with Robyn in Guatemala for a few days.
Met a bunch of couch surfers in Antigua, Guatemala.
Hosted Cejana and Rusty from Boston.
Let Ronan stay at my place for 7 or so days.
Showed around a bunch of CS'ers from many places.
Hosted Janine from Peru
Hosted Lisa From Germany for 3 or so days.
Hosted Kaeli and her boyfriend for a night.
Hosted Cendrine and Yan from Belgium for a couple nights
Hosted Laura and Juliette from Paris for about a week.
Hosted Perrine from Paris for about 2 weeks.
Hosted about 250 surfers for a Black and Red party
Yang for a night
Hosted Justina from Vermont for a long weekend.
Hosted Joris and Marieke from Turnhout, Gent Belgium fpr about 5 days
Hosted Jean and Anna from Quebec, Canada and Prage, Czech Republic for about 5 days
Hosted Connie from Madrid, Spain for about 2 weeks
Hosted Aurora from California a couple nights
Hosted Janna from Sunset Park for a night
Set up CS Party in Antigua, Guatemala.
Aurora from Cali for a little under 2 weeks.
Carolin Ohly, from Munich for 3 days
Emilie and Olivia from Belgium via French Guiana &amp; Belgium via Philly for 3 days
Xavier and Aurili (bad spelling) from Nantes, France for a couple of night
Manel and Carol Fernandez Lara from Barcelona, Spain for about 7 days
Jonathan from London for about a week
Angela from Melbourne for 18 days (10 days with boyfriend Andrew)
Lisa, Audrey, Géraldine From Montreal for about 2 weeks. (Lisa left and took another long bus ride for the party)
Jayel Draco from Brooklyn (Total of about 14 days)
Jonah Byrd (total of 45 days) and Slowey from my band (total of 30 days)
Tina Brandt from Hamburg Germany for about 1 week
Aurora again.
Raul Coto, NYC. A couple of random nights
while I'm in Peru)
Jorine &amp; Yvonne from Berlin for about 5
Nathan Hjelmahaug from Conneticut (already done about 50 days over the years)
Sigal, Tel Aviv Israel for about a week.
Angela and Andrew from Melboure for another 10 days
Surfed with Isabelle in Cusco Peru.
Met a bunch of great CS'ers in Cusco Peru. Special props to Alvaro, Hermogenes and Isabelle.
Throwing international CS Day Picnic and afterparty.
Threw big CS rooftop party with fire spinners.
Jorine &amp; Yvonne from Berlin for another 4 days
Mia Nilson from Uppsala, Sweden for 1 week
Elise Durel, Paris France for about 18 days
Carl and Sebastien, from Sweden for 1 week.
Olivia Torrego, Madrid Spainf or about 5 days.
Dasha from Florence, Italy for about 6.
Lalai and Dani from Sao Paulo, Brazil for about a week.
Marie and Ida from Arhous, Denmark for 4 days or more
Viktor Sanden Espedal, Rogaland Norway for about a week
Fernando, Spain, 4 days
Anould, France 3 days
Nadin and Katya, 5 days
Isabelle Verschraegen, Ghent Belguim for 3 weeks.
Nate, Jonah and Slowey from PA, CT and NYC 4 more days
Natalia from Buenos Aires for a few days.
The infamous Eddie Tadross, NYC for about a week.
Fajer Abuzayed &amp; Alison, Halifax Canada for 3 or 4 days.
Raphael and Lisa from Worms, Germany for 5 days
Lisa from Montreal for a long weekend, again.
Fanette from Paris for 6 days
Marcos from Spain for 6 days
Patrick from Denmark for 6 days
Alex from Mexico for 6 days
Elsa from Paris, France for 11 days
Alex from Paris, France for 5 days (what's up with all the Frenchie's?)
Winnie and Joyce from Hong Kong (Joyce via London) for about 10 days.
Karyna Smile Recife, Brazil for 5 days
Anne-laure Lemaitre from Paris for about 15 days
Lou Del Bello and Alesandro Kostis from Bolonga, Italy for 4 days
Joli Rangoli from Philly, PA for 4 days
Jane Puchniak (Winnipeg, Canada) and Evania Balas Henkewich for 1 week.
Shoko Yanagawa for couple days
Mia Nilson from Uppsala, Sweden for 1 week (again)
Hosted by Tuğa for about 1 week in Istanbul, Turkey
Hosted by Melanie in Venice, Italy for 2 nights.
Hosted by Alessandro and Valerio in Bologna, Italy for about 5 days.
D'elfe Rocklin, Brest France for about a week
Bénédicte and Charline from Paris for about a week
(insert a couple I forgot to write down)
Jonah, Slowey
Getting new place ready. You are going to LOVE it!
Lina &amp; Emilie from Lausanne, Switzerland for a week
Aneta Silwa for 2 weeks
Aleksandra Birta from Novi Sad, Serbia for about a week
Insert 4-6 groups I forgot to write down.
Martina Biljan from Croatia for a week or two.
Stéphanie de Koninck for Lille, France and friend for about a week.
Kristal and Ely for 5 days
Forgot name for 1 night
Dan the man from Iowa for 5 days (incredible guest)
Fernanda from Buenos Aires twice fo a total of 10 days
Offer Cohen from Amsterdam, twice for a total of 12 days.
Kristin Pedomonti from PA for a night.
Anne-Laure and Mary are coming back! Yeah.
Katrin &amp; Sister Julia from Sweden for 5 days.

Now Hosting
I can't keep up with this part anymore.

Maybe you, send a nice email and prepare your body

Any renegade art parades, collaborations between music/video/modern dance, parties, traveling, meeting new people, talking and dancing with everyone in the room.

I feel so fortunate. It feels like everyday is an amazing story, either in NYC or traveling. I'd love to hear some of your stories and trade some of mine.

So much to learn, so much to share. So many many