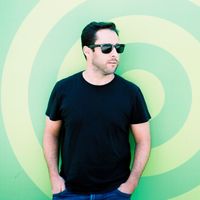 To explore all the great things that Western NC has to offer and meet some cool like minded folks!

*Doing Cartagena, Panama and Guatemala for a month and a half in early 2023..

I'm a very laid back guy born and raised in Santa Monica. My name is super French, Jean-Michel(not ending in lle) but I speak english like an american. So I won't sound like, "I sink zis, i sink zat". One of these days I will learn. In the last few years I have done some traveling off and on. Lived in Honolulu, lived in NYC for over half a year. After just living in Manhattan Beach, CA for 2 years and Kailua, HI and now Asheville.

Know Asheville pretty well and maybe I can meet up with you .

* I'm also one of the Producers from the 2012 released Couchsurfing related documentary "One Couch at a Time”Watch it here with the link below.
A complete DIY project done mostly by members of the CS network.

To not live it like many other people who are overworked, and don't realize they're more important things in life such as friendships, family(if you like yours) and having memories and experiences.

HOW I PARTICIPATE IN COUCHSURFING I like showing people around. To house other surfers when I can. I enjoy meeting new people, especially from other countries. Mainly just doing what I would want someone to do for me. COUCHSURFING EXPERIENCE I got helped out for a night in Philly, met some cool people for a day in my hometown of Santa Monica, Crashed in Oxford, Ms, Night in Dallas, Athens, Ga, Baton Rouge, La.. Columbus, Oh.. St. Mary's, Ga.. Eugene, Or, Toronto, Red Bluff, Ca.. CouchCrash NYC 09, San Diego road trip with Celine and Mel. All over Europe for 2 months. Meeting visitors in LA and now, Asheville, when I can.

Semi-finals of the World Cup in Munich, Skydived in Colorado, Seen Rage Against the Machine in Melbourne, Drove around the U.S. for 100 days in a 20 year old RV. Traveled for 75 days in Dubai and Europe with no mobile phone.