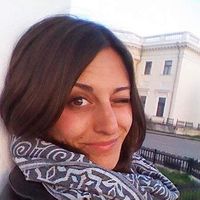 Opening my Home to travelers from all over the world.

I don't live in Frankfurt. My home is 70 km away from town in the countryside.

half-german, half-argentinian with jewish-ukrainian roots, a japanese third forename and reportedly speaking spanish with an english accent and constantly travelling ... any questions?! ;)

I travelled myself a lot and met so many great couchsurfes that hosted me. I want to give this feeling back and invite the world over to visit me in my home town.

Travelling! When I'm old I want to be able to say that I really saw the world...

Cooking! Love to feed people and put a smile on their dial.

Oh yes end obviously writing - not only for a living.

Joined the longest connected bus trail in the whole world from Buenos Aires to Caracas and did it in 2 weeks. Lateron I crossed the Atlantic Sea on a sail boat. Holy crap what a ride... ^^

I love cooking! And I would love to get to know all the tasty recepies from all over the world. In return I teach you how to prepare tender roasted lamb :)