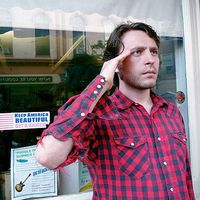 Oh no! I thought that I had turned this this to "not accepting guests" a long time ago but apparently I didn't. That's why my response rate is so terrible... literally almost two years of not logging in.

I'd identify myself as a xenophile: I love things that are really different from my previous experience. I've also rediscovered my passion for languages in the last few years, and am currently working on a crazy goal of achieving "hexalingual" polyglottery over the next ten years.

I'm not a really experienced traveler, but when I can I try to travel *deeply* if not always for a long time. Anyway, I guess I've come to the philosophy that different people want the same things, but individual cultures are all about priorities. We all want to be intelligent, charming, strong, healthy, sexy, wise, loved, sociable, independent, and respected.

The question is what each culture is willing to exchange and prioritize. And that's kind of what I try to figure out when I travel to a new place.

Through CS I met a few really awesome people in Bangalore, who were all lovely and fantastic. I was living in a village outside the city for most of my time in India, but the trips to the city were a great treat.

I also used it to meet locals in the Dominican Republic, which was pretty great. Now I'm in China and using it more to find local people and wayward vagabonds.

Language, literature, culture, people, blah blah blah. I'm interested in most things, and my students have referred to me as "walking Wikipedia" in the past because I like to know something about everything, and everything about nothing.

Movies: Mostly depressing stuff in French or Arabic, or quirky/funny indie films in English or Spanish. At one point I also owned every James Bond movie as well.

Books: Ulysses and Cien AÃÆÃÂ±os De Soledad are basically what I want to be when I grow up.

I'd have to go with piling in with 15,000 Hindu pilgrims and taking the epic journey through Tirupati at the Swami Venkateshwara temple. I had mixed feelings about the whole thing,but the one that was overwhelming was my sense of awe at the entire spectacle and the incredible lines of people--rich and poor--all waiting for a glimpse of God.

I'm a language nut. I teach English professionally, and beyond that I want to learn the six United Nations (English Spanish French Arabic Russian Mandarin) languages up to intermediate level. I also do some writing, albeit slowwwly.

Beyond that, I can also offer my services as an encyclopedia, jukebox, lapsed mystic, bicycle doctor, and low-rent therapist.