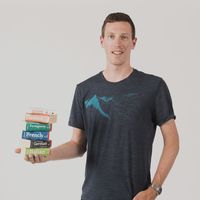 * The best time to write me a couch request is about 1-2 weeks before your arrival. If you write earlier, then I'll have to decline because I can't commit that far in advance.

I'm a Belgian living in Zürich since 2013. I work as a software engineer and data scientist. During the weekends, I'm often out hiking or mountaineering in the Alps.

It's always difficult to describe oneself, so I'll just take some quotes from my references: "very down to earth", "easy to talk to", "super helpful", "humble", "easy-going", "knows a lot about the city and country he lives in", "best for quiet but adventurous couchsurfers".

I've surfed in the UK, the Azores, Belgium, India, the USA, France, Spain, Hungary, Italy, Laos and Ireland. Each host was a new experience. I've met some very different characters, but I've always been pleasantly surprised by the unconditional trust and hospitality of my hosts.

I've also met up with other CouchSurfers for drinks, language exchange, hiking and various other activities.

I enjoy discovering new music and new genres. I might be mostly focussed on rock, especially post rock, but that doesn't stop me from enjoying some classical or world music as well. I should go to concerts more often than I actually do.

Some authors I like: Lewis Carroll, Jack London, Emily Dickinson, Mark Twain, Willem Elsschot... I think I would enjoy the Russian classics, but I first want to learn Russian so I can read them in the original language....

Movies: check out my profile on iCheckMovies: http://www.icheckmovies.com/profile/stijnvermeeren/

Watching killer whales below us in the sea from the top of a cliff in Iceland.

Climbing many mountains in the Alps - my highest summit so far is the Nadelhorn at 4327m.

I always enjoy practising my languages with a native speaker.