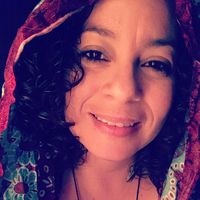 Travel has been my life's most excellent teacher.

CURRENT MISSION: To bring the color, light, and everything nice all in my pocket ;) ...and try and leave the world a better place than I found it.

I was first introduced to Couchsurfing while climbing ancient ruins in Turkey summer of 07. Since then I’ve been really involved and after being San Diego's city Ambassador for a little over 3 years, I decided to hit the road long-term. I love organizing events; whenever I'm in a new town I try to get together with the local cs peeps. If you're ever in San Diego check out Tipsy Tuesday!

hmm... I've hosted couchsurfers in Thailand in a treehouse, I've eaten crickets, sea snails, and worms... I've camped on a deserted island under a fool moon, been chased by a gang of monkeys in the city of Krishna's birth ... I've snorkeled to caves where pirates used to hide treasure.