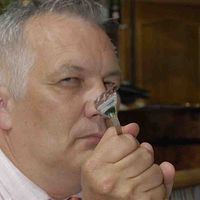 The Third Party between Orient and Okzident

The Third Party between Orient and Okzident

In an initial stage of VITAE QUINTA it's difficultly to speak about philosophy - with each new life it varies.

I got startet my CS experience first at 1979,
- But I did not know then, that its named so.

Travel, reading - in languages which I own, studying of modern languages.