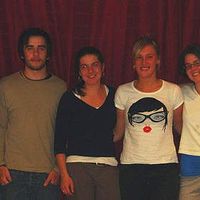 To meet someone from every country in the world!

Hi, my name is Matt. I was born in London and now live in Galway, Ireland. I am studying Biology in Galway where I live and host in the city centre. I hope to meet lots of interesting people from this and hope to be able to coachsurf around europe during this summer. My interests include socialising, football,technolgy, film and music.

"There is no use trying, said the Queen; one can't believe impossible things. I dare say you haven't had much practice, said Alice. When I was your age, I always did it for half an hour a day. Why, sometimes I've believed as many as six impossible things before breakfast."

âWe are all in the gutter, but some of us are looking at the stars.â Oscar Wilde

I'm looking forwarding to hosting people throughout the year and hope they might return the favour during the summer, as i travel around europe!