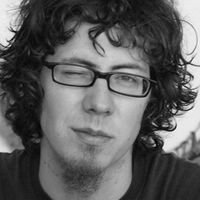 I'm on the pursuit of happiness, knowing I'll never reach it, but the path is a destination itself. A wandering soul and mind.

I'm on a quest in this world, but I usually only know what I've been looking for once I found it.

I pretty much dislike money even though it allows me to do a lot of things I love, like travelling, climbing, meeting friends, cooking...

I love to have plenty of people around me and of course travelling, exploring the world and its richness of traditions, values, points of view and cultures. Travelling enlarges my own limited horizon an confronts me ever and ever again with new situations and ideas...

I consider myself a libertarian anarchist, even though I work(ed) for capitalist companies and live within a capitalist society. Tolerance starts by accepting our own contradictions, of which I have a lot! And I like my contradictions, they remind me that I'm human...

What else? I occasionally smoke and drink alcohol, but I think both in reasonable amounts and depending on the occasion, enjoy spending time with friends in bars and the nature (close to water or the mountains), talk a lot...

I'm an adrenaline junkie and love to move my body. Currently my favorite activities are capoeira, climbing and running up mountains. But I also enjoy good conversation with a friend or a stranger.

But make your own judgement, this is just the way I perceive myself...

I dream of a world where everybody is free to live her/his life the way they want, free to pursue their happiness whatever that means...tolerance is not enough for that, it's a matter of respect for all kinds of lifestyles...except for those which don't respect the others...as they say: we dare not, on the behalf of tolerance, tolerate the intolerant! Love life but don't take it too seriously...Enjoy the moment, you don't know if you will still be able to enjoy the tomorrow!

I offer my couch when I have a home, my company, my knowledge and my time, showing people around and meeting CouchSurfers whenever my other plans allow it.

I'm also hanging out at all kinds of CS meetings and sometimes I (help) organize them.

I became a CouchSurfing ambassador back in 2008, in order to help the community in Switzerland and across the world to connect, share our cultural values and exchange. I love what I'm doing and I do what I love. Volunteering involves passion.
I joined other working teams on CouchSurfing (CUQ, New member welcome and the Swiss PR&amp;media team) for the same reason, because I think I can help people having a better experience.

I travel a lot with CouchSurfing and always look for great people to connect with. I am always looking forward to a next trip, I just usually don't know when and where to. But maybe you can give me some inspiration? I love to learn from the experience of my fellow human beings.

I met several Couchsurfers in the flat of my former girlfriend and wanted to host as well. So I did. My best decision ever! After having had the first couple of hosting and surfing experiences I joined a CS meetup and instantly fell in love with the spirit! A vast majority of the hosting and surfing so far were very pleasant and enriching experiences...
Before knowing about CS, I traveled a lot just meeting people along the way and staying with them (before Couchsurfing even existed) but it facilitates my way of traveling a lot!And last but not least: I LOVE IT!!!

2007:
hosted Silvia Salzmann and two friends of her (3)
hosted Elise Hannaford (3)
hosted FROZENCOFFEE, INDRE FROM UZUPIS and her parents (1)
hosted and travelled with MISOSOUP and two of his friends (2)
surfed spontaneously with flightcontrol in Basel (1)
hosted Magda Kiebala and a friend of her (2)
hosted Adrian Wagner (2)
hosted Christine Hinterlang (2)
hosted Christine Gattaca and her friend (1)
hosted Nicholas Giblin (1)
surfed spontaneously with Dule Misevic in Zürich (1)
surfed with Bruno Boettcher in Schwindratzheim (1)

i'll teach you whatever you want!i wanna learn and know everything! share? depends on the person and my mood...

Tell me what you need and I will try my best to make it happen. I'm a person of many talents, you'll be surprised.