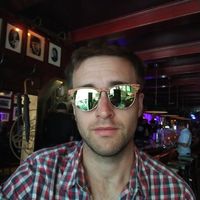 Just returned from Europe after 6 months travelling/living and back in my home city of Melbourne for a bit before eventually heading off elsewhere. Wanting to meet new people and make friends! :)

Volunteered full time for one year for a non for profit restaurant as a chef. We provided free/affordable food to disadvantaged people within the community.