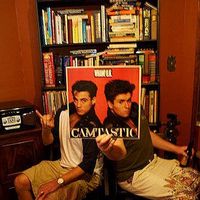 I'm first and foremost an extremely curious person. I have an intense desire to understand the nature of reality. Many people think I'm an extrovert, and I tend to play that role alot, but I'm also very introverted and need my down time to integrate my experiences with people places, and ideas I interact with. I grew up in a very small town and then somewhere down the line got shot out of a canon into the San Francisco Bay Area, where everything got a lot more fun, a lot more interesting, and waaaay more complicated :) Before I started volunteering for CouchSurfing, I was a technology consultant for many years, and I worked as a Project Manager at a very large Biotech Firm. Everything got a little too "Office Space", so I tried to do something I was more interested in, which is fostering community and helping throw amazing events.

I'm always working on this. I believe in the 80/20 rule...keep a belief system 80 percent so that you can function, but leave a 20 percent door of doubt so you can constantly evolve as new information comes to you. I believe there are many deeper levels of reality that most of us can't perceive that affect who we are individually and collectively. Carl Jung, Joseph Campbell, and Bill Moyers are my Heroes.

Only in this time in all of history has something like this been possible. The possibilities are truly infinite. It diddles my skiddle...

Also being a fool, having some drinks and stupid fun time with friends, having my mind blown, blowing other peoples minds, making music, sleeping in, good film, food and art.

My favorite book is Siddhartha by Herman Hesse. Modern Man in Search of a Soul by Carl Jung. The Archaic Revival by Terrence McKenna. The Promithea series by Alan Moore, everything by Joseph Campbell.

Music is way too much to even get in to, but I dabble as a breaks DJ.

I like to say that I'm able to get along with people from the Crackhouse to the Penthouse. And I've seen alot of stuff in between those extremes. The world is a crazy place, and I wouldn't have it any other way.

"In the time of internal gathering together, make no arbitrary choice of your associates. There are secret internal forces at work, leading together those who belong together." - I Ching Wisdom