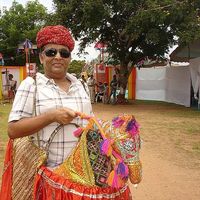 CURRENT MISSION
As travel and meeting people are my hobbies, what better way than the such web based tool.Through this i want to explore the real world , its people culture , cuisine , customs and arts . I believe, under the skin, we all are same and all the divisions are artificial. I want to promote peace, friendship, love and unity. I want my home to become global village.
ABOUT ME
I am self made man , learned the ropes of life on the hard way , but with smile on my face, song on my lips and goodwill for all.
happy, healthy,humorous

I regularly play tennis and golf and do walking and yoga .
love to listen old Hindi songs, semi classical music.

=32 days of travel by car across Europe, covering six countries, 32oo km and being hosted for 22 days by couchsurfers., including outdoor camping, Rainbow gatherings.
=18 days of travel of Leh- Ladakh, exploring shrinagar- Leh and Leh- Manali route and staying in shepahard's home stay on the bank of Pangong Lake.