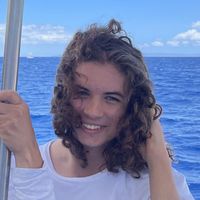 I’m 18, just graduated high school. I got this app for my first hitchhiking trip and I’m equally excited and terrified!

I love hitchhiking and I both need places to stay when im in big cities and I love exploring the local cultural scene. I haven’t been on Couchsurfing very long and I’ve already met some pretty cool people!

Hitchhiking for the first time to see one of my favorite bands Black Midi in NYC and maybe Boston. I really like art films and my favorite director is Wong kar-wai. Also been binging studio ghibli films and German expressionist films recently. I read a lot of poetry and political philosophy. I used to read lots of fantasy/sci-Fi stuff when I was younger, and I’m trying to get back into it. Ursula Le Guin’s “the dispossessed” had a big impact on me.

I won a chess tournament once which was pretty cool. It was U-1800 which isn’t that impressive, but I won it at a time in my life where I was feeling depressed and it gave me a lot of hope. Not very cool compared to the stuff I see on other peoples profiles, but it was amazing to me!