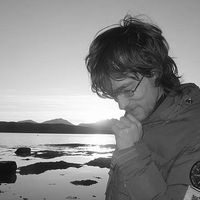 connecting goodness while traveling this world

I went to school and studied philosophy in the Netherlands (where I was born), came to Berlin in 2002, and have been working all kind of odd jobs (computer stuff, tutoring, translating, teaching). I wrote a PhD on ethics and appear to be a nomad since 2008.

Maybe life is about trying to be as gentle, loving, caring and kind to each other as we can.

Hosting whenever possible and trying to be a good guest.

In my future apartment I will have several couches or hammocks depending on the latitude. Promise. I my current flat you can crash on a mat in a small room.

And I participate by always offering to cook, clean, sharing knowledge and carry heavy things ;)

TRUSTROOTS PROFILE
https://www.trustroots.org/#!/profile/kamiel79
[Link your trustroots.org profile back to your couchsurfing profile to use the trust you have built up on Couchsurfing. It's YOURS, and YOU should be able to use it. Remember: trust is our social currency.]

Doing some good. The blogs are at
charitytravel.blogspot.com and creativechoice.org

Creating a platform for doing some good at kindmankind.net

Writing. As long as I can hold a pen, this life is worth living. See my "gently absurd" blog: kamiel.creativechoice.org

Violin Playing. My old hobby. Had lessons for 11 years. Taught a little kid for several years. Love to hear him play the Moldau, the Swan, and Vivaldi concertos.

Philosophy. All the way until a PhD thesis on Jonas the philosopher. I'll stop thinking the day I stop breathing.

Environment. www.green-challenge.org is a website I made with my brother a few years back. Also supporting environmental Causes with Charity Travel.

Smoked a Cuban cigar in Vinales, Cuba and feel like Che (actually my real last name IS Chè but that is another story)

Hitchhiked to Lapland, rolled naked in the snow after a sauna

Drove the US coast to coast in a van

Caught a small time crook together with John the Baptist in Vilnius, Lithuania

Played a street musician's violin in Katowice, Poland and earned him some money with Christmas carols

Spend the night on a rock in the Elbsandsteingebirge

Hitchhiking Novosibirsk-Omsk just sounds exotic. Ralf went all the way. We drove 220km/h in an Audi.

Vainly attempted to fry a Guatemalan quarter in a very hot and active volcano.

Took the transsiberian railroad and loved it

Sailed from Colombia to Panama with sailing Koala via San Blas. The independent Kuna indians served us delicious smoked fish.

Getting involved in independent charity http://charitytravel.blogspot.com has changed my life

Traveled through Israel with Hezbollah press card in my pocket

Campaigned for Peace on the West Bank

Built a whole orphanage in Kenya (this one is true)

Crashed when hitching in Mozambique with a drunken driver.

Saw the big five in the wild in Masai Mara

Petted a cheetah but hey, he was tame like a cat

Got three flat tyres on one hitched ride in southern Zimbabwe and )/&amp;)(/"$ payed for it

Stayed at an amazing orphan home in Tiruvannamalai, Tamil Nadu, and set up income generating projects

Went to Beijing and instead of seeing the great wall we watched the walls of independent artist studios about to be demolished.

Climbed Mt. Emei and stayed in a temple.

Traveled in Yunnan on a trike we then donated to a merchant.

Played Dennis Hopper (RIP) on a rented motorcycle in Laos.

Sponsored the education of three children in Saigon.

Crossed Bali by motorbike and had fabulous fish at Batur lake.

Took in some wisdom of a chief in Uzpallata, Argentina

Helped the family of the boy, my namesake Camilo to generate some income with a juice stand

Licked the salt off the Salares de Uyuni in Bolivia

Went to Miami Beach to be able to write people emails from Miami Beach.

Gave a presentation on Charity Travel in the heart of Manhattan.

Survived a Berlin winter in a bungalow with a fireplace.

Took the train from Berlin to Seoul in the winter.

Was a veritable resident of a Korean sauna for a few days.

Drove an old transporter down from Berlin to southern Spain then left it there.

Escaped the Fortress of Schengen to live in Morocco for a while.

Crossed the no-man's land into Mauretania in a Guinea-Bissau truck.

Hitch-hiked in the middle of the night in Senegal with big fires.

Crossed the Gambia on foot.

Had a beautiful baby daughter in January 2013.

Burned our family car completely like in the movies, but better.

Walked all night under a starry sky in Portugal.

Caused a forest fire that *exactly* burned down the spot we needed to brush cut, and nothing else.

Drove all through Europe with our daughter being lovely in the back seat.

Anybody wants to know what 'hutspot' is?

Anybody interested in the life and times of Hans Jonas or my thesis about that German philosoper?

Helping the needy on the planet! We have gathered a lot of expertise we want to share with you, created the platform kindmankind.net and connecting goodness where we can.

I am in love with the sharing economy.
Apart from keeping you company, I can offer my host cooking, carrying heavy things, language exchange, help with internet stuff, philosophical conversations.