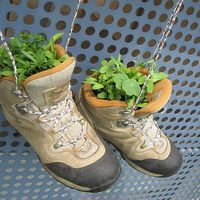 making space in our home for Baby #2, moving to Bochum in spring 2016.

Whoa, hoo... I'm a general store. Always struggling a bit to focus, as there's so much to choose from. I like colours. I like contrasts. I love silent noises and roaring slilence. I hate rivalry and destructivity. I'm not into numbers, and I can't say if my age fits my person. Sometimes I'm the last to know what's up with me so why do you ask? Meet me and find out...

_0__Every heart is a revolutionary cell.
_1__Being yourself, whatever that is, can be fully expressed only in relation to another being.
_2__I suspect persons who claim to be "normal". Everybody is normal until you get to know them. And I appreciate this fact!
_3__Did you know God believes in us? That's why we're here.
_4__ There are at least two conditions we cannot escape: The passage of time, and gravity. The choice we have is to make them work for or against us.
_5__ Uhm... I really don't know... I have my experiences and I was taught a bit, but what I learned was not more than the conclusions I chose to draw from that input. So far, it all makes some sense, but maybe not in the only possible way.

Currently as a sympathizing sleeper with a history in hosting, travelling and translation

pre-couchsurfing: 1996! stayed for a weekend with three young men in Berlin whom I only knew from chat and mail. Which was incomparably spartanic, viewn from to today's info amount and speed, remember...?!
:) 2006 - Now I've only just begun hosting couch surfers and hospitality clubbers.
__July 2006 ...Yay! Made it to the Euro-Collective, met so many wonderful people there, including my first wonderful host ADY. I'm still wearing that participant wristband, wondering if I might lose my teeth first...__December 2006 inclined to Duke's and Ulf's peer pressure to co-host a meeting in Cologne. First I feared it would be a lot of organizing stress which I'm really not made for. Now that it's over and was just amazing, I fear it will turn out to be addictive. went to the HC wintercamp in Warsaw, Poland around New Year 2007 together with Christian and had a blast surfing Marcin's and Chris' couches in Warsaw and on our way back in __January 2007 crashed on Kaj Wibier's floor in Berlin at late night without even meeting this cool host in person. All we met were a flatmate and some more floor-sleeping surfers, namely Andreas, Sebastian, Guylherme and Henrike. Only days after that, couchsurfed with Stefan after talking into the wee hours at his flat.
...and here's where I lost track of the listing. But anyways: Isn't this actually what the references are for?

Currently I'm mostly into sewing and reading, I used to be a choir singer for half my life, and I engaged in scouting in my twenties and I tried some gardening from 2011 to 2014 and would like to continue somewhere else sometime later.

Survived Septicemia at a 10% chance. (Still trying to figure out what best to make of that second life)

* share some insights into the couchsurfing jungle (I can tell a bit of the good old days, old school, old spirit, and you might brief me about the new state of the nation, okay?)
* Learn to travel light.
* Learn your favourite songs. Share mine.
* Learn to play a musical saw.
* Learn to handle pois
* Learn and share about edible wild plants
* Find out about the games children play on Earth.
* Share scouting skills? Learn more?
* Teach absolute beginners Uriah Heep's "Lady in Black" on the guitar - at a high success rate so far :D
* Have a wreck of a back from the pack? - Tell me! Massage was my main occupation during the Eisenstadt Collective, and once the rumour's spread, go ahead...

do chores, cook a meal, look after the kid(s)... or share ideas/knowledge, lend an ear...