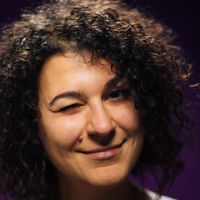 I like going to parties after everyone is already there, aka being fashionably late. So I just decided to join this party and meet fellow travelers, both as a host and guest.

Music? Well, as cheesy as it sounds, it always depends. I am always in the mood for some post rock, but sometimes you need punk rock to wake you up. Or some good old hardcore. Recently I've been listening to a lot of stoner rock. But don't get fooled: I also like reggae, alternative, Chet Faker (whatever he is doing); and many more...

Tweets, FB pictures and posts about zombies, brilliant advice and everything besides my toothbrush.
Hint: Please use my hairbrush. I fear it feels lonely and ignored...