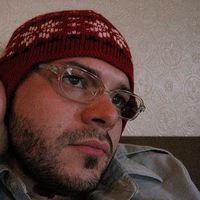 NoNeck is an experimental monkey Superboy's father, Jor-El, used to determine whether his son could survive space conditions. He stowed away in Superbaby's rocket, and when it reached Earth, like Superboy and Krypto, he gained super-powers under the yellow sun.

what goes around, comes around.

seen the face of god in my fellow brothers and sisters of the globe...