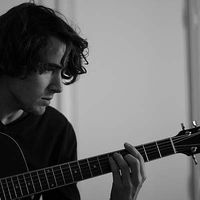 I'm a twenty-four year old aspiring journalist, photographer, fiction writer, philanthropist. I'm an atheist, yet secretly suspicious of the presence of some not un-godlike being, who feels to guide and steer me as befits my wishes and better interests - I call her Serendipity and in my mind she looks something like the character out of Smith's Dogma. I like whisky, and love Brandy; St Remy does the trick. I read allot, I'd like to smoke a cigarette from time to time, but I've just taken up long distance running, so I try to steer clear of it now. Kerouack had a big effect on me during my formative years, but I don't know if Iâll ever write like him; or wish to. Iâve got some character flaws; but no more than the next schmuck, I find exercise a great form of therapy, I like bluegrass music, I'm a lover not a nester, Iâm usually quite polite, love to cook, love to climb. I'd give it all up to be a mountain guide - all but the writing. I love the smell of the earth after a heavy rain, I'd really like to learn the fiddle and piano. - I'm currently a Uni student, and happy to be one.

Try and squeeze as much out of my youth as humanly and financially possible.
Buy the ticket, take the ride.
Be wary of people who idolise Tyler Durden.

I’ve rarely had a couch to offer, I’ve spent much of the last four years travelling myself. I participate mainly by sleeping on other CS members floors and washing their dishes.

I surfed and lived in a kind of bohemian enclave in Brisbane once, which was the beginning of my relationship with CS. I’ve surfed all over the world since: Australia, Sweden, Italy, Eastern Europe, Spain, France, Canada and America. There are so many stories; too many to tell, So many faces; too many to mention here.

Rock-climbing. Travelling keeps my blood pumping and my brain alive. I tend to enjoy any film starring John Cusack or directed by Wes Anderson. I love food and cooking for friends. I love a good house party, the crazier it gets the longer I'll remember it. Halloween - It's just a great time all round. I love to engage with nature, the mountains, the trees, the rivers, the ocean. Some times I want my life to feel something like Eddie Vedder's song, The Wolf, some times I want to pack up and go live in New York City. I'd be happy to split my time between both.

Spent nearly nine months hitch-hiking around Australia, Climbed Ao Ling Wall and dangled over turquoise waters in the bay of Ko Phi Phi island, Thailand, fought off an entire tribe of Macaques with nothing but a pile of rocks, stared a Moray Eel in the face; free diving off the Ko Ha Islands, skied like a pro on my first ever outing on the slopes of Sweden, kissed my way into 2012 upon the Charles Bridge, Prague, beneath a canopy of snowflakes and fireworks, touched the Colosseum, bouldered on an ancient Roman aqueduct, caught a boat across the Mediterranean sea, ate Calzotts off an open fire atop a mountain in Catalan, ate crepes under the Eiffel Tower, hitchhiked from Quebec to Jasper to Saltlake City, lived in Banff amongst the Canadian Rockies for a year, came home to start a new chapter in my life, and be patient for once.