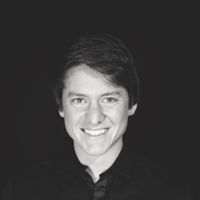 It's a long story but I've been living in Aleppo, Syria for nearly 7 years now, I've a little NGO dedicated to children and families. نحن الأبطال الخارقين - We Are Superheroes

When I was little I grew up with Syrian refugees, my family taught them french and I spend years at their side like my own family. The reason I stay here is that my country and most of the western countries are lying and erasing the life in Aleppo to legitimate their war when every day we were bombed by dozens of rockets and mortars from terrorists groups who bring nothing but death. To give a voice to people to transmit another truth about the situation here to defend the people here and sensibilize the people outside to empower the life and maybe make a difference for a city and a country I truly love for which I truly care as if I was Syrian.

I called this association "We Are Superheroes" because the main purpose of it was about helping people to rebuild themselves. The war get worse and it became very difficult, so step by step I built projects which could bring something valuable in fonction of the situations I met. It's not about being an association, it's about being human and trying to help your best when you can. Until now I've been financing nearly everything by myself because I wanted to help as much as I could in the way I believed it was the best for people. All these little programs are in this mindset, to make sens about life, about hope, about future and try to step by step improve their feelings.

My old presentation from around the world.

I think I have remained a little boy full of dreams and force to believe, everything became possible. For years I have been an entrepreneur in many areas, projects, companies and still trying to innovate in my own way by creating value for others.

Today I'm travelling for this NGO I founded http://wearesuperheroes.fr
I believe we have a lot to learn from each other, and everybody around us has a story the world need to hear. I invested everything I have emptied my accounts, just to make the best school in the world, meet thousands of teachers, and share their stories. Priceless knowledge for the present and future generations.

-- A little bit of storytelling about --

During my life I had the chance to met hundreds of people with incredible stories and nobody asked them "Hey, what is your story?". When I was a child, We didn't have money and with my grandfather we uses to go in these large dumps, several times a week to get what we needed, and me, chasing toys and memories. Mountains of forgotten things, lost, abandoned, consumed, unloved. I remember about these crazy fires, plastics smell, the ghostly smoke between theses super-trash, big monsters of waste, like mountains surrounded by clouds. I gave a second life to everything, I was a treasure hunter, I found all my toys, my passion for exploration and even others, photo albums, books, toys, notes, personal journals, love letters ... hundreds of pieces of life swallowed by the time. That help you to understand the world and those around you. I spent hours to read, discover these life, these knowledges. I was like a treasure hunter, a stories hunter. That experience, among others, inspire me to do that today.

A little 400 stories collected in http://wearesuperheroes.paris and a pack of incredible adventures through 7 countries already. I can tell you so many exemples !

- The story of a woman who defied the mafia in the USSR
- The story of a 9 year-old crippled boy who had to crawl for weeks without a wheelchair after the death of his parents
- A hippie tells of his fight against cancer and drugs
- A young soldier mobilised in Gaza lives to change the lives of children affected by the bombs
- A member of the Yakuza tells why three fingers must be offered to get out of the organisation
- A beautiful woman shares her fears about becoming a man
- The survivor of the Hiroshima atomic bomb speaks about becoming a nuclear physicist ...

Some unforgettable memories like this hungry lion who came out of nowhere in the middle of the jungle, being in the middle of a genocide in Africa, all night long looking at the Milky Way by lying in the desert, was teaching or participating in the lives of many slums in different countries, treated in intensive care unit in Ajmer or being carried away into the sewers during the floods in Mumbai, experiencing an earthquake in Japan, climbed Fuji and stayed overnight at the top to see the sunrise, not moving to avoid being bitten by a cobra in Pushkar, living with a some 40 locals in recent months &gt; (I almost travel only in couchsurfing) otherwise sometimes live under the stars, take the first bus or train, exploring places like Fukushima Daiichi radioactive prohibited area, some streets for meetings with gangs (finally I had my Yakuza btw), pursued some Geishas in Kyoto, looked death in the face, two births, shared love, tears, fear, memories. Learned to divert back from, to communicate, to dare, to breathe, to eliminate the superfluous, to face fear, fatigue, sadness, loss, ... I'm learning to learn.

Aside from that I am a boy who loves to take risks, Some people say I believe I have sense of humor haha, I love to try, fail, learn, try again. Note that I participate in everything, household, food, good atmosphere (well, I do not know many jokes but I maintain, I'm funny)

If I'm on couchsurfing today is primarily for exchanges, discover and living with locals. (These last months I experienced 90% of my living time with couchsurfing) When I was a child I've often wondered ... what was the life of people I met in the street, I tried to imagine where they grew, what were their dreams , what were their struggles, what made them happy. This is a unique opportunity to share life, learn &amp; create new friendships ! Today with my project I nearly published 300 stories of people around the world.

Spending time with strangers, discover in-discoverable, taking adventures, laugh and have fun, talking about everything and nothing , learning every day, give me challenges, take risks &amp; little things in life ... a smile, a hot chocolate when it's cold , the smell of the grass after the mower, the waves. I'm simple, I'm curious.

I try to turn every day into something amazing.

When I teach in college, schools, I used to say:

"I do not pretend teach you how to live, but in the next few hours, I'm going to throw in the air some ideas and advices, feel free to catch them or not."

But these last years I learned a lot, and I can share a lot ...