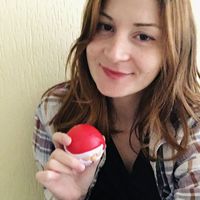 * For the time being I am unable to host.

When you first meet me, you’d probably think that I’m friendly, inquisitive and adventurous type, and I like nearly everything that is sweet and playful. That’s my nicely crafted social mask, a simplified perspective on myself which is pretty accurate for the short time we’d spend together, no fear.

'' It is good to express a thing twice right at the outset and so to give it a right foot and also a left one. Truth can surely stand on one leg, but with two it will be able to walk and get around.'' Nietzsche

I used to share a flat with 2 guys found on Couchsurfing and it was a truly memorable period.
Now I use it rather occasionally, when I need some time off or want to meet up with new people when travelling.

Music, daydreaming, science (I would very much like to have few interests but for the time being I take new information in small frequent random pieces)

Find (me) out on spotify and other apps where I store such data.

But ok, there’s one book I like a lot “A tale for the time being”.
It’s sweet, bit kinky, factological and philosophical.

Got myself lost to find a dolphin in the suburbs of Paris.

Teach/ Preach: I’d prefer to see that you have already found "the purpose", enjoy life and work for improvement of some sort. I share the same principle.
In terms of hard skills, I can teach you how to design an object if that is something that you’d like to learn. Or give you tips on entrepreneurship...relocation to Portugal...or tell you what to expect from a cycling race, crashing in a tree, singing Disney songs...

Learn: If you happen to know Dutch and would like to help me practice, dat zou geweldig zijn!

Share: I gave my old phone to a guy from CS once. Note that I don’t have other old phones to share…

People that hosted me in the past were THE BEST but CS has changed a little. If I need to use it though, I’d be respectful guest, clean after myself and who knows, maybe make some pancakes or draw a monkey