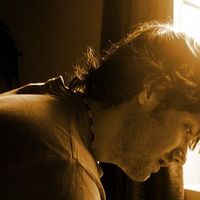 super-model good looks, razor-sharp wit, and uber-intelligence. scary like. guys from mensa call me up for answers to life's problems. and i shut 'em down! i love music, meeting people, seeing and experiencing the world, and going for late night food binges during weak moments. but now i'm cheap as i'm padding the travel fund instead of my belly. for morning binges, i enjoy a bowl of porridge. i keep a smile on my face and a follow-up high five in my pocket. hugs are on the house.

life needs to be experienced through a certain degree of thoughtful randomness. i believe you make your own destiny and can take advantage of special coincidences that take place in your life...like meeting special people and going to special places. i like simple pleasures and like to live simple. the big, luxurious, corporate lifestyle can go to pish

I'm looking to meet like-minded folks who are up for good times in my current foreign city home of Edinburgh. I've got room in my flat for one cuddly couch surfer...haha...but no, i offer the world's most comfortable air mattress. it even comes with a pump. I'm down for group activities and other important stuff like chit-chatting about man's existence in the universe...and where's the best late nite chippie in edinburgh. but don't worry, i already know

since I joined in january 2008 i've met loads of amazing people who've made my experience in Edinburgh much more worthwhile and genuine. i've gone on a trip to Glencoe, hiked a mountain, camped Crammond Island, rocked Edinburgh rocks, gone to various pub meets, gatherings at houses, and have hosted numerous guests. it's been a blast and I definitely plan on continuing the journey. How's your experience been??

hedonism, piping, busking, sustainability, living green, sleeping, eating, drinking. couch vege-ing. and most importantly -- travelling! ideally to unusual places, meeting random people, and learning something new about the World. i'd like to grow organic food someday. i plan to learn organic farming through wwoof. i'm definitely going to build my own green home one day. i enjoy going to shows, charity shopping, walking around Edinburgh, people watching, and chilling to my music. i take pride in using a mobile that's like 10 years old, but now it's lost so good thing it cost me nothing.

-had tea in the mountains of Kashmir
-trekked for 9 days in Annapurna Mountains of Nepal
-gone to an Indian wedding in Gujarat
-took the Trans-Mongolian from Moscow to Beijing
-gone skinny-dipping in the highlands of scotland.
-camped in the Moroccan Sahara desert with nomads.
-found a truly special girlfriend.

i play the bagpipes...does free lessons sound cool?! i love all types of music, would love to learn guitar. perhaps we could jam!?